The US district court in Utah recently issued interesting Findings of Fact and Conclusions of Law in a Lanham Act case addressing, among other things, the use and manipulation of product reviews on Amazon. The decision highlights the importance of consumer reviews in the online ecosystem, both in its finding of falsity arising from the manipulation of product reviews and the court’s rejection of an injunctive remedy that would have required the removal of legitimate reviews along with the false ones.

The case involved two competitors in the dietary supplement business. Plaintiff, Vitamins Online, makes NutriGold brand dietary supplements, and its competitor, defendant Heartwise (dba NatureWise), sells supplements under the brand name NatureWise. NatureWise was launched to compete with the NutriGold products. The court noted, a little snarkily, that “[w]hen Doyle launched NatureWise, he had no experience with supplements or the supplement industry. He did, however, have experience in selling spiritual books on Amazon. To transition from book sales to supplements on Amazon, Doyle watched a few videos on the internet and looked for a supplier. In addition, he conducted research and discovered green coffee bean extract was the top seller in the health and personal care category on Amazon. Accordingly, NatureWise’s first product was a green coffee product.” Once launched, NatureWise joined NutriGold as a major player in the Amazon marketplace for garcinia cambogia and green coffee products, marketed for weight loss.

Vitamins Online sued Heartwise under the Lanham Act on two main theories, that NatureWise’s claims about its ingredients were false and misleading and that the defendant manipulated the Amazon customer review system. The court conducted a bench trial and, on defendant’s motion for judgment at the end of the trial, issued Findings of Fact and Conclusions of Law, finding that Vitamins Online had met its burden in demonstrating that NatureWise violated Section 43(a) of the Lanham Act and Utah state common law. This post will address just the court’s findings on the claims relating to the Amazon reviews.

First, the Court explained how the Amazon review process works, and its importance in the e-commerce marketplace. It explained the difference between verified and unverified reviews and how Amazon users can rank products with star ratings. As the Court noted, when a new review is posted, the input immediately changes the product’s score rating—adding to the total number of reviews, the total number of star rankings and the average star ranking. Also, users can vote on reviews to indicate their helpfulness and the “most helpful customer reviews” are designated in a special section on each product page. So important are customer reviews to search results and sales that Amazon maintains an anti-manipulation policy. Notwithstanding that policy, and in violation of its terms, NatureWise engaged in review manipulation by block voting on the helpfulness of reviews and offering free products in exchange for reviews.

The Court held that as a result of NatureWise’s practice of block voting, the number of helpfulness votes on certain NatureWise reviews was artificially inflated and literally false; and that its representations that it did not offer free products in exchange for reviews were also literally false. It further held that having demonstrated literal falsity, Vitamins Online was entitled to a presumption that consumers were, in fact, deceived. The court also concluded that, even if defendants’ claims were impliedly rather than literally false, Vitamins Online would still be entitled to a presumption of deception because NatureWise acted with the intent to deceive consumers. And, because NatureWise failed to rebut that presumption, Vitamins Online established falsity and deception under either theory. Further, although the court said that it isn’t clear that the 10th circuit requires a finding of “materiality,” i.e., a finding that the false or misleading ad is likely to influence a consumer’s purchasing decision, the court nonetheless found that defendants’ misrepresentations were material.

Having concluded that Vitamins Online established its claims under the Lanham Act, the court turned to remedies. It ordered disgorgement of NatureWise’s $9.5 million in profits in the two year period when NatureWise and Vitamins Online were the sole competitors in their segment. The court also awarded prejudgment interest and attorneys’ fees.

It did not, however, order injunctive relief: Vitamins Online had requested the court to order NatureWise to remove all of its product reviews on Amazon. However, the court found that such a remedy would be against the public interest. The court explained, “The court reaches this conclusion because, were the court to issue such an order, legitimate reviews of actual consumers would also be removed. Thus, injunctive relief, in that respect, would not only serve as a remedy for Vitamins Online, but also a remedy against actual consumers on Amazon and the Amazon marketplace itself. Such a result, the court believes, is not appropriate under the circumstances of this case, and goes strongly against the public interest.”

(Description of image for visually-impaired readers: open bottle of pills on its side, with several spilling out.) 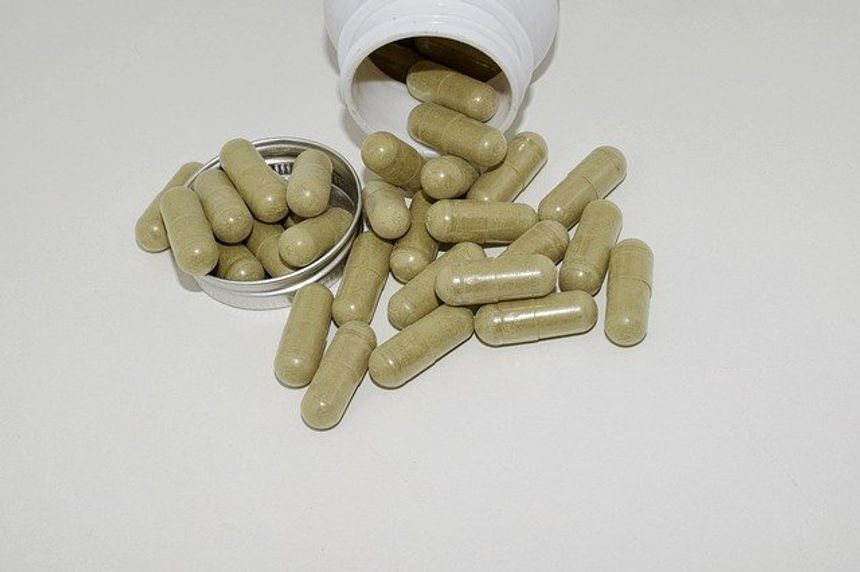