To celebrate National Tequila Day, the music group SZNS posted a video on Instagram of the group playing "spin the bottle" with a bottle of Teremana Tequila.  In the band's own unique take on the game, the "winner" gets handed the car keys (becoming, apparently, the designated driver) and the rest of the women take a shot.  The text of the post reads, in relevant part, "be safe out there, no drinking and driving."

The Teremana social media team saw the video and then (without making any contact or arrangement with SZNS) decided to repost it on its own Instagram account along with the hashtags #TequilaOfThePeople and #DrinkResponsibly.

After seeing Teremana's post, a consumer complained to the Distilled Spirits Council of the United States Code Review Board, alleging that the post violated the DISCUS "Code of Responsible Practices."  The consumer alleged that the post violated various provisions of the Code, including that distilled spirits advertising should "primarily appeal to individuals 21 years of age or older" and should not be advertised or promoted "by any person who is below the legal purchase age or who is made to appear to be below the legal purchase age."

Mast-Jägermeister US, the U.S. importer and distributor of Teremana, responded that it had just shared a social post that it found online, and that the focus of the post is on a social responsibility message.  Mast-Jägermeister argued, "Very rarely do consumers generate responsibility messages –- and when such an instance does occur, such as here, it should be celebrated, not punished."  The company also argued that the Code's restrictions on using models and actors that are underage shouldn't apply to individuals who were not engaged by, and otherwise had no relationship with, the advertiser.

Although the DISCUS Code Review Board acknowledged that it is "commendable when a consumer takes it upon themselves to create a social responsibility message," it determined that the post did violate the Code.  The Board wrote, "the totality of the Instagram video did not primarily appeal to a legal purchase age audience and had a special attractiveness to those below the legal purchase age beyond the general attractiveness for an audience that is 21+."  The Board said that it came to this conclusion because the game "spin the bottle" is generally associated with teenagers and because of "the underage appearance and overall youthful mannerisms of the individuals featured in the video."

This decision highlights an important aspect of how the DISCUS Code is applied.  As this decision makes clear, the Code covers not only advertising and marketing materials created by the advertiser -- but user generated content that the advertiser shares online as well. 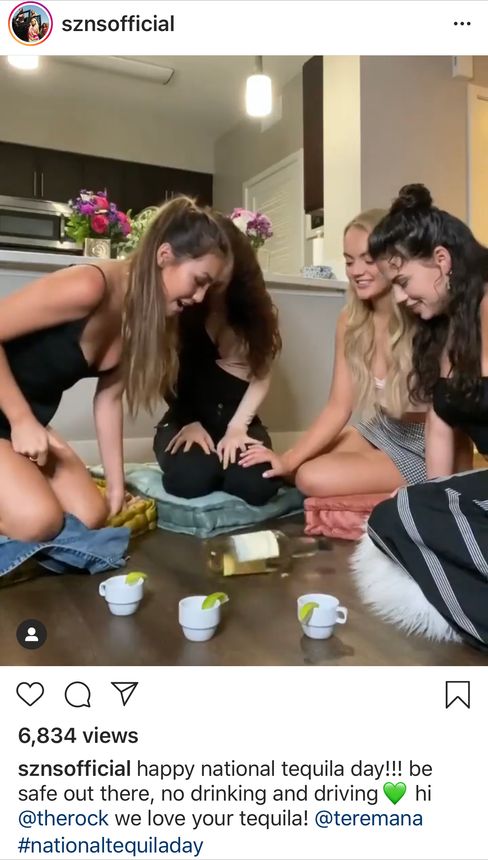