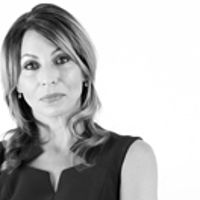 There’s important news for many individual creatives and the companies that hire them. On September 4th, California expanded the list of professions and employees that are exempt from the so-called “ABC test” – a test governing classification of certain workers. The expansive new law covers many industries, but will have a particularly large impact on the media, entertainment and advertising community. Here’s a brief summary of what you need to know.

AB 5. In January, 2020, AB 5 -- which codified the ABC test in California for all provisions of the Labor Code – took effect. While AB 5 adopted the ABC test, it did provide some limited exemptions for certain industries such as lawyers, doctors, and those industries defined by AB 5 as “professional services” such as graphic artists and licensed estheticians.

AB 2257. Last week, the California legislature passed, and Governor Newsom signed, AB 2257 which expands the workers eligible for exemptions from the ABC test. The music industry benefits the most from the newly minted exemptions in AB 2257: the new law now exempts music professionals such as recording artists, musicians, composers and songwriters. AB 2257 also makes it easier for freelance writers, still photographers and photojournalists to qualify for exemptions from the ABC test.

Classifying newly exempt employees. However, qualifying for an exemption does not mean that independent contractor status is guaranteed. Rather, the classification analysis for these exempt workers will be governed by the standard used in California for 30 years prior to the ABC test -- known as the Borello factors. This test looks at nine separate fact-intensive elements, punctuated by a “principal factor” of “ whether the person to whom service is rendered has the right to control the manner and means of accomplishing the result desired."

If you have questions about how AB 2257 affects your employee classification procedures, or if you have other employment law questions, please contact Tricia Legittino at (310) 579 9632 or tlegittino@fkks.com, or any other member of the Frankfurt Kurnit Employment Compliance, Training & Litigation Group.