Back in April, I blogged about a lawsuit against Ghirardelli Chocolate Company, which alleged that the company's packaging misled consumers into believing that its "Classic White Chips" were made of white chocolate.  The chips, which are used for making cookies and other baked goods, are not made from chocolate, however.  They're simply "white chips" made from other types of ingredients, such as sugar, palm kernel oil, and whole milk powder.

The court dismissed the case, holding that a reasonable consumer would not believe that the "white chips" were made of white chocolate -- particularly in light of the fact that there were no affirmative misrepresentations on the packaging.  The court wrote, "Simply because some consumers unreasonably assumed that 'white' in the term 'white chips' meant white chocolate chips does not make it so."

What struck me about the decision was that the court seemed to ignore the fact that consumers don't evaluate advertising in a vacuum, but, instead, interpret advertising claims in light of what they know about a product and the product category.  Consumers have been to a supermarket.  Consumers are familiar with chocolate chip cookies.  And, they know about white chocolate too.  Isn't that the information that consumers will use to interpret the product packaging?  The court never really addressed what consumers would think the chips were -- if they weren't confused into believing that they were made of white chocolate.

Well, many months into pandemic-related baking later -- which included my trying out the Ghirardelli white chips, as shown below -- there's another decision in the case.

The plaintiffs filed an amended complaint, which attempted to address the deficiencies in the original complaint.  Most significantly, the plaintiffs conducted a survey (of more than 1200 consumers) to determine whether, in fact, consumers were misled by the packaging.  The survey, which asked consumers to review four different companies' "white chip" packaging, found that almost 92% of consumers believed that the product contained white chocolate.

"where the defendant does not commit a deceptive act, the reasonable consumer cannot entirely disregard the ingredient list" 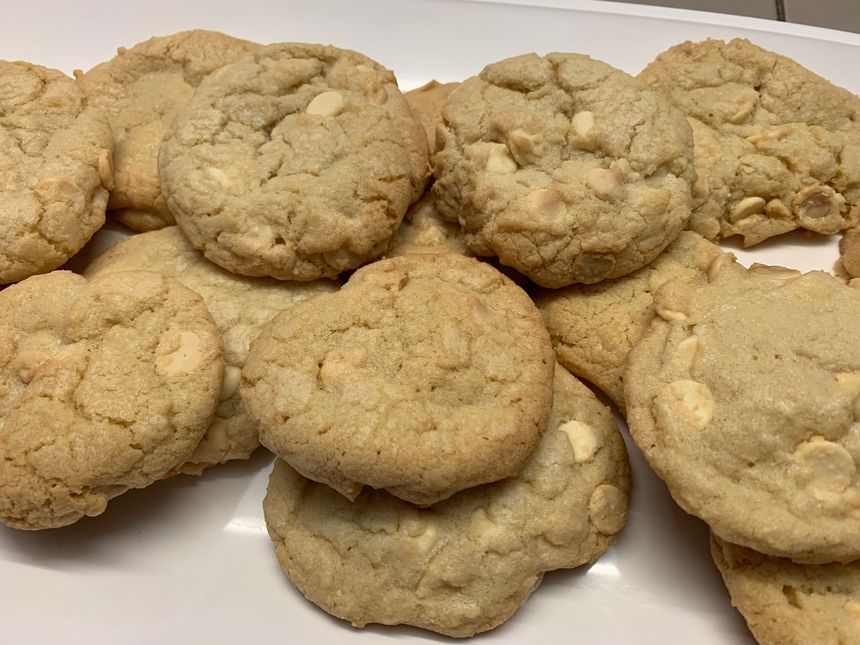