Like everyone these days, advertisers and their agencies are feeling the effects of the current pandemic, and the impact on their marketing plans and media budgets is no exception.  While there is certainly no shortage of content to run ads against in this market, not all content is the same and not all brands have the same appetite for -- or ability to --  proceed with their campaigns as originally planned.  To take an obvious example, media campaigns planned around live events or the production of custom content were very likely halted due to Covid-19.  Even where the ads are “in the can” (so to speak) and the media platforms have the desired inventory, it may no longer be the right time to launch a planned ad blitz (those travel ads slated to go live on a travel booking website this spring might not have gotten the best ROI, with much of the country confined to their homes under shelter-in-place orders).  And of course, many advertisers (like many companies) are simply looking to prudently cut costs – and would like to revisit those media purchase commitments made in the bountiful days of 2019, based on projected media spend that is no longer realistic.  Many of these issues have come to a head over the last few weeks, and there are lessons to be learned to better navigate media buying through the rest of this pandemic and beyond.

What do brands and their media agencies need to know?

First, pre-Covid-19, force majeure provisions were often part of the (sometimes overlooked) legal boilerplate in many contracts, and media buy agreements are no exception.  Media is typically purchased via simple insertion orders (“IO”), and it is possible that force majeure clauses were not even included in some IOs or their governing terms.  While the 4As/IAB industry standard terms and conditions for digital media buys (the “IAB Terms,” last updated in 2010) do include a force majeure provision, there are still plenty of media purchases – regardless of value – that are done via simple IO, email, or term sheet (not to mention the handshake deals).

On the other hand, the media supplier may be more readily able to claim force majeure if they were contracted to provide specific deliverables, which they can no longer supply due to the force majeure event.  For example, what happened to those TV spots and homepage takeovers that were supposed to run during the NBA Finals? Or this summer’s upcoming Olympic Games?  Media suppliers who sold ad space against specific live sporting events can no longer deliver on those commitments, since they’ve all been cancelled or postponed in light of Covid-19.  Similarly, media suppliers that promised to produce custom branded content to distribute on their platforms have been unable to produce much of that content during the pandemic, given mandatory government shutdowns of non-essential businesses and stay-at-home orders.

So, how does this play out under the contract?

Well, if the IAB Terms govern, and a media supplier can’t deliver the promised inventory due to a force majeure event (let’s assume a pandemic counts), they have an obligation to make reasonable efforts, within 5 business days, to recommend an alternative time during which the advertising can run, and if no substitute time period or makegood is acceptable to the advertiser, they have to give the advertiser/agency a pro rata reduction in the charges.  Plus, the IAB Terms allow either party – the media supplier or the agency/advertiser – to cancel the rest of the IO without penalty, if the force majeure event lasts for longer than those 5 business days.  Seems like an acceptable resolution for all parties, right? Well…not so fast:

In cases where there is no force majeure clause, or the clause would not apply, the general cancellation provisions may provide a remedy.

Anyone handling media buys has likely seen this sentence somewhere on a media purchase order, in a pitch deck, or even in the emails confirming the details of a media buy:  “This IO is non-cancellable.”  Agencies and brands may try to negotiate this provision, or perhaps they’ve made an informed decision that they really won’t need to pull the media buy for any reason (other than the usual termination rights an advertiser would have for breach, insolvency, etc.).  But media buyers and suppliers alike should take care to understand how cancellation terms are addressed in the default IAB Terms and how they are typically amended.

On the one hand, the IAB Terms allow advertisers to cancel media buys without cause in some circumstances, as long as they do it far enough in advance.  And that’s because there are good reasons to give advertisers this “get out of jail free” option:

Whatever the reason, most media suppliers acknowledge that brands should have a cancellation right in certain circumstances.  And that’s why the IAB terms include a whole section (Section V.a) outlining an advertisers’ right to cancel an IO without cause and without a penalty, so long as they give the agreed-upon advance notice:

On the other hand, media suppliers often negotiate with agencies and advertisers to supersede these default termination provisions and designate the media as non-cancelable.  The advertiser’s business teams may agree to make the media non-cancelable in exchange for certain concessions (such as lower rates).  For this reason, campaign-specific cancellation terms often are included somewhere on the IO and may not be in the governing “terms and conditions.”   Thus, advertisers should read the entire IO to make sure that they are aware of all cancellation terms.

And, given the questions regarding the applicability of force majeure clauses, one key lesson of the pandemic is that advertisers should pay extra close attention to their options for cancelling media buys and consider negotiating cancellation terms that are specific for each campaign.  Factors to consider include:

The bottom line is that a single IO often involves multiple elements of a media campaign which are expected to be delivered over an extended period of time.  In light of all the unknowns (covid and non-covid related), brands and agencies should take note of the cancellation terms that apply and not always accept that “the entire IO is non-cancellable.”

You’ve negotiated a right to cancel.  Now what?

MakeGoods and Media Credits – the Remedy of First Resort.  Media suppliers typically offer make-goods for non-delivered media in the first instance.  Because many media purchase deals involve an up-front payment for media inventory that will run over an extended period of time, media companies factor those commitments into their revenue projections for their year or their quarter – and may not want to disrupt those numbers.  So, even where they’ve agreed to let an advertiser cancel their media buy, the media supplier will often (understandably) push for the remedy to be limited to either makegoods or media value credits.  This is why the IAB Terms also regularly provide for makegoods as the remedy of first resort, in the event of any non-compliant delivery under an IO.

And in many circumstances, makegoods or media credits can be a perfectly acceptable solution for advertisers who want to cancel or change their campaigns.  For example, a travel brand that purchased ad space on a travel-focused website that was intended to run these past few months might be perfectly happy to postpone the media schedule until customers are ready to resume travel (soon, I hope!).  Or maybe that same travel brand wants to cancel the custom content production elements of its campaign, but is happy to receive the same value in the form of more banner ads on its own website, where it can promote future travel incentives.  Or, perhaps the travel website is affiliated with an entertainment platform, and given the greater attention to virtual entertainment during Covid-19, they want to transfer their marketing dollars from the travel website to its affiliate entertainment platform.  All of these scenarios involve ways in which an advertiser might be comfortable accepting makegoods or credits from a media supplier in the event they need to cancel their buy.

Another thing to keep in mind is that the relationships between advertisers, their agencies, and media suppliers are typically long-term – advertisers and agencies are repeat customers for most of these media suppliers.  So, there is value on both sides in coming up with solutions that are mutually agreeable.  In negotiating these media buy contracts, advertisers should consider asking for an approval right with respect to any makegoods or credits they receive upon cancellation to ensure the makegoods are acceptable to them, or at the very least, “equivalent in value” to the cancelled deliverables.  Also, the greater specificity included up-front about what those makegoods can be, and when they must be provided, the better for both parties.

But Cash is Still King.  In situations where a makegood won’t cut it for an advertiser, it may want to pursue a pro-rata reduction in payment, or a refund for any amounts paid prior to cancellation for deliverables not received.  Consider the common situation where a brand contracted with a media supplier for the creation of custom content and related media inventory around that custom content.  If the custom content production has to be cancelled, then the advertiser may have no need for the related media inventory.  In that situation, it may be worth negotiating up front that, if the custom content videos cannot be produced for any reason, the brand has a right to cancel the entire IO and get a refund of any production costs not yet incurred, plus the value of the rest of the media inventory.  The media supplier would still be paid for any production costs expended and media run prior to the cancellation.  Alternatively, the brand may be OK just getting a refund of any unspent production fees, while reallocating the value for the ad space from the cancelled campaign to another campaign on the media supplier’s platform.  It really just depends.

The lessons here are to (1) be as specific as possible in spelling out what happens upon cancellation – what are the sunk costs, what value can be reallocated, what makegood benefits can be received, and what amount of money can be refunded.  And (2) just like in any other contract, brands should try to space out payments upon delivery of deliverables – rather than agreeing to pay all fees upfront (even for bespoke media buy agreements like custom content or media sponsorship deals, where pre-payment is often positioned as a non-negotiable deal term).

While advertisers and agencies are likely undergoing the same analyses with respect to all of their marketing and production contracts in light of Covid-19 (force majeure, cancellation, remedies, etc.), the media buying space can be especially nuanced and may not be as well-papered or fully negotiated.  Media buyers would do well to be especially thoughtful and specific in negotiating these provisions for all future media purchases, given all the uncertainties they are now facing. 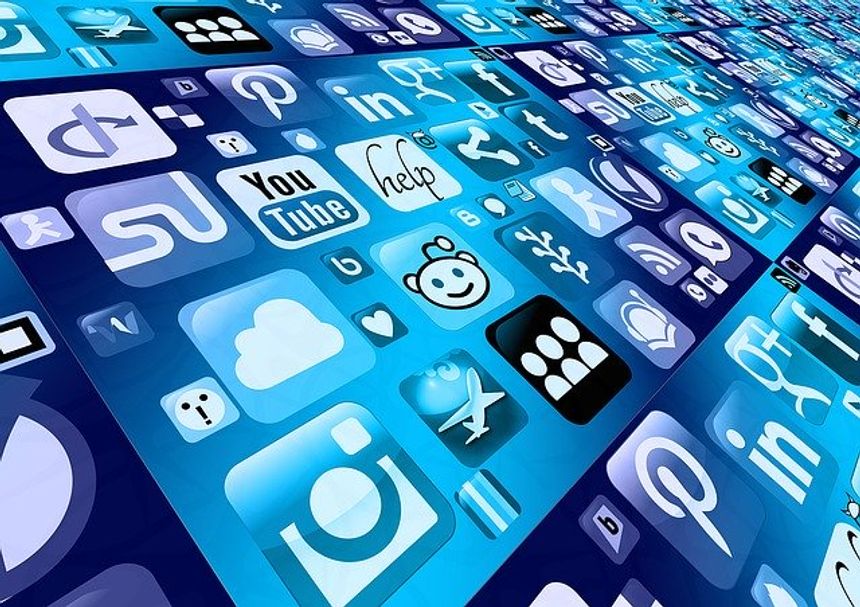