The Distilled Spirits Council of the United States recently told Aviation Gin to pull one of its promotional videos because the video violated the DISCUS Code of Responsible Practices for Beverage Alcohol Advertising and Marketing.

In the video, three women are sitting a bar at Christmastime, and they are drinking what appear to be martinis.  They toast, "to new beginnings," and then one of the women -- who doesn't seem very happy (perhaps because of her Peloton bike?) -- drinks her whole martini in one sip.  Seeing her finish the whole drink in one gulp, one of her friends says, "This is going to be a fun night," and then gives her another drink.

A consumer challenged the video, saying that it violated one of the provisions of the Discus Code, Responsible Content Provision No. 15, which says that alcohol advertising should not "depict situations where beverage alcohol is being consumed excessively or in an irresponsible manner."  The DISCUS Code Review Board agreed, and told Aviation Gin to remove the video.

Apparently, the company did not respond to the challenge, and has not agreed to comply.  And, as of the writing of this post, the video is still available on YouTube.  This is surprising because, although compliance with the DISCUS Code and the Code Review Board decisions is voluntary, marketers do typically comply.  It will be interesting to see whether Aviation Gin decides to comply after all -- or whether DISCUS takes any further action if the company does not.

In any event, this decision is a good reminder to think carefully about how drinking is depicted in alcohol advertising and to avoid situations where you might be accused of encouraging any kind of excessive or irresponsible consumption. 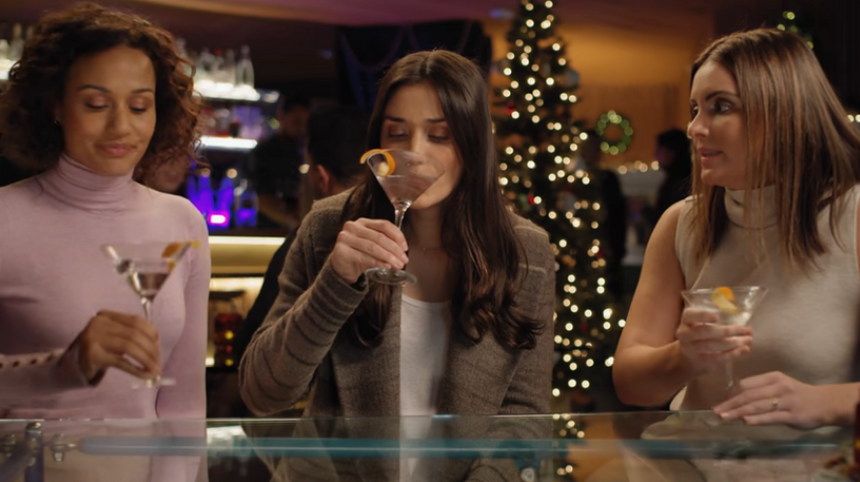