The Office of the New York Attorney General released its annual “Pennies for Charity: Where Your Money Goes; Fundraising by Professional Fundraisers” report this week. The report documents the prevalence of charities’ use of professional for-profit fundraisers as outside contractors for purposes of fundraising, educating donors, and increasing returns.  The report also documents that, while professional fundraisers can help charities meet their goals, some fundraisers “collect fees so large that charities receive only a small fraction of the total money donated.”

With numbers like that, the AG is encouraging donors to find out how much of their donations go to professional fundraisers handling charities’ solicitations, which they can do by visiting the “Pennies” database operated by the New York Charities Bureau.

The AG is also continuing its enforcement efforts against fraudulent fundraisers through its Operation Bottomfeeder.  Operation Bottomfeeder is an ongoing Charities Bureau initiative that targets sham charities that exploit popular causes like breast cancer prevention and veterans in need.  We’ve blogged about some of those efforts. The new report describes how sham charities continue to rely largely on telemarketing to reach certain groups like seniors.  The report advises donors to be on the lookout for charities that claim to promote popular causes, such as veterans, cancer victims, or curing children’s illnesses, and have names that sound like those of better-known organizations.

Should you care about this even if you’re not a charity but a for-profit company?  Yes, of course.  Cause marketing is very popular with for-profit companies: they conduct commercial co-ventures, matching donation programs, charitable sponsorships, and the like.  While these programs trigger different types of legal obligations, they too can be scrutinized by regulators to ensure two things: the charities are actually getting the money promised to them; and consumers are getting clear and truthful information about what the companies are doing for the charities.  The NYAG’s report highlights the fact that because residents of New York State are so generous in their charitable giving (as other states’ residents undoubtedly are as well), charitable programs and fundraising efforts will remain squarely within the regulators’ sight lines. 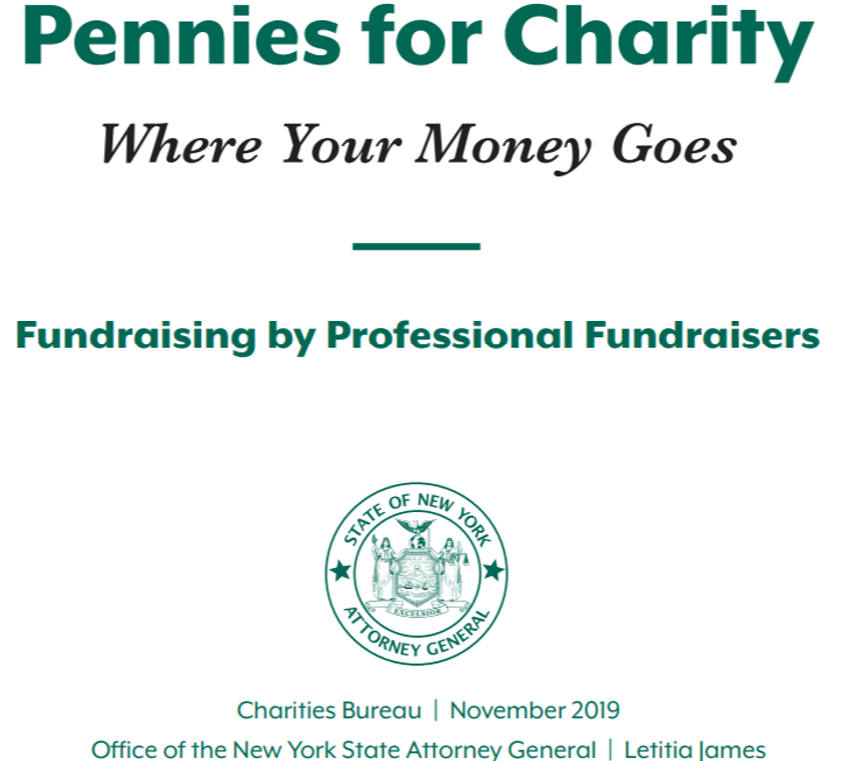