Facebook has been sued – again – for discriminatory ad targeting.  The latest suit, filed as a putative class action in the Northern District of California, alleges that Facebook discriminates against older and female users by withholding advertising for financial services such as insurance, investments and loans.  The basis of the complaint is, as plaintiffs say, “straightforward”: Facebook requires users to provide their age and gender as a condition of using Facebook’s services. Then, Facebook segregates and classifies its users based on their genders and ages, so that advertisers can choose the audience for their ads accordingly.  Further, according to the complaint, Facebook encourages advertisers to send advertisements that exclude certain users and they do so.  As a result, plaintiff alleges, “millions of older and female Facebook users have been denied the opportunity to receive valuable advertisements about financial services opportunities that advertisers sent to younger persons and men, and to pursue those financial services opportunities within and outside of Facebook.”  Such actions, according to the complaint, violate California’s Unruh Civil Rights Act.

This action follows from a series of lawsuits triggered in 2016 by an investigation by ProPublica, which reported that Facebook “allows advertisers to target users by their interest or background, [and] gives advertisers the ability to exclude specific groups it calls ‘ethnic affinities.” The report spurred a number of further investigations into Facebook’s targeted advertising practices, resulting in a number of lawsuits, including those brought by the Washington State Attorney General, various civil rights organizations and individual plaintiffs, the Department of Housing and Urban Development, alleging violations of Title VII of the Civil Rights Act, the Fair Housing Act, the Age Discrimination in Employment Act, the Equal Credit Opportunity Act, and various parallel state statutes.  In November 2016, the Washington State Attorney General also began an investigation into Facebook’s use of ethnic targeting options on its platform.  Although Facebook denied the allegations and argued that Section 230 of the Communications Decency Act barred any claims related to the targeting tools on its advertising platform, Facebook entered into an Assurance of Discontinuance with the Washington State Attorney General in 2018.

Through this Discontinuance, Facebook agreed to no longer allow advertisers to target users by excluding users based on protected characteristics via facially discriminatory targeting options for certain covered advertisements. While the Discontinuance is legally binding only in Washington State, Facebook agreed to change its platform accordingly nationwide.  Thereafter, a number of civil rights organizations and labor groups, regional fair housing and employment organizations, and individual consumers and job seekers also brought actions against Facebook for various civil rights and other statutory violations. The plaintiffs in these actions reached a joint settlement agreement with Facebook in March 2019.

As alleged in the complaint, as a result of the previous actions, Facebook changed its ad targeting practices in September 2019, taking “meaningful steps” to prevent advertisers from placing advertisements for housing, employment and credit-related opportunities on a discriminatory basis.  However, according to the plaintiff, Facebook continued to deny equal opportunity to older persons and women regarding other financial services opportunities. According to the complaint, “[e]very time that Facebook sends an advertisement to Facebook users within an audience selection that excludes persons from receiving ads based on a protected status such as age or gender, Facebook knows that and intends for the ad only to be sent to the persons within the audience selection and it knows that and intends for the ad to be denied to persons who are excluded from the audience selection, including but not limited to ads for financial services opportunities.”

That selection takes place when advertisers use Facebook tools requiring them to establish the basic parameters of their target audience for the ad based on age, gender and location. According to the complaint, these audience selection tools are presented to advertisers through drop down menus “that make clear to advertisers that they can include or exclude persons with certain ages and/or genders from their audience selections.”  Further, although the default settings in the tool is all adults over 18, Facebook "strongly encourages" advertisers to narrow the age range and gender of the individuals who will receive their ads to make them more “effective” and “relevant”. The complaint also describes the training and tools Facebook provides to advertisers, all of which, according to plaintiff, encourage advertisers to discriminate.

The complaint was just filed a week ago, so there are no meaningful developments to report on yet.  But we'll be watching closely, as should publishers and advertisers alike. 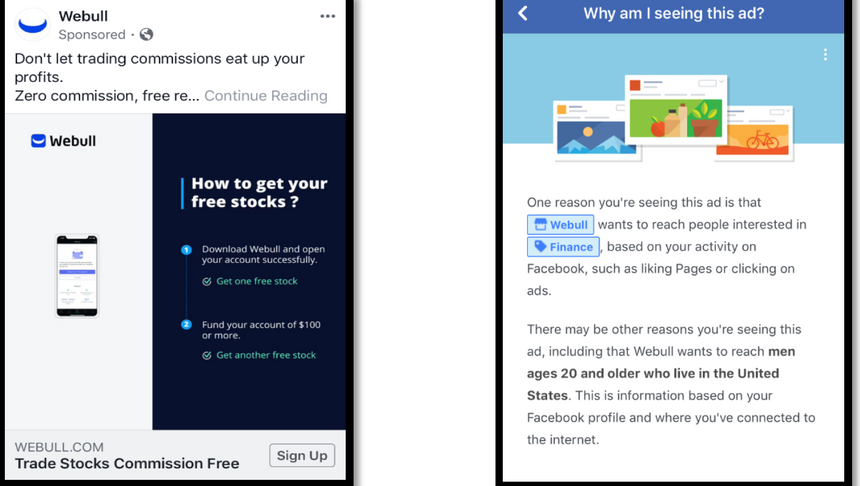