Can you advertise that your product is cheaper than a competitor's product when your product doesn't offer the same features?  Can you use a disclaimer to explain the differences?  These are some of the key issues in a false advertising lawsuit between two companies -- Asurion and SquareTrade -- that sell extended warranties for mobile phones.

SquareTrade's advertising encouraged consumers to switch to its protection plan through the promise of savings over the insurance offered by wireless carriers.  For example, in one advertisement, Squaretrade claimed that, "SquareTrade Phone Protection is as good as it gets" and "By switching to SquareTrade, your family could save hundreds vs. carrier insurance."  SquareTrade also included a small disclaimer at the bottom of its ads, which near the end said, "SquareTrade plans do not cover loss or theft."

Asurion sued for false advertising, alleging, among other things, that the advertising violated the Lanham Act and Tennessee law, because the "comparison in the advertisements false and misleadingly implies that SquareTrade offers coverage equivalent to the Carrier Protection Plans for a lower price."  SquareTrade moved to dismiss, arguing that the disclaimer clarified any confusion.  In addition, SquareTrade argued that reasonable consumers "would know that each plan offered by a different company at a different price likely has some differences in the services offered."

Last month, the United States District Court for the Middle District of Tennessee held that Asurion had sufficiently alleged claims for false advertising and let the case continue.  The court agreed that the "side-by-side comparison suggests that the plans are, if not identical, at least comparable" and that the disclaimer does not conclusively remedy the potentially misleading nature of the advertising.  The court wrote, "To be effective, a disclaimer must actually be read by the consumer.  Consequently, a disclaimer that is unlikely to be read because of its print size or location will not remedy a misleading claim."

Although this case is still ongoing, it raises some important issues to keep in mind whenever engaging in comparative advertising.  When comparing your product to a competitor's product, it's important to consider what the reasonable consumer takeaway will be.  Will consumers understand the comparison to be limited to specific, express claims, or will consumers -- in light of the context of the claims being made -- understand you to be making an overall superiority claim?  This issue is particularly likely to come up when comparing prices, since a price comparison -- you'll save on our product vs. the competitor's -- may communicate, as Asurion alleged here, that the products are essentially comparable.

This case is also another great reminder that you're taking a risk whenever you're relying on big block of hard-to-read fine print at the bottom of your advertising to cure any potential confusion.  As the court said here, "To be effective, a disclaimer must actually be read by the consumer."  If you want to ensure that your disclaimer is going to be effective, consider the placement and prominence of the disclaimer.  Is it big enough, and bold enough, and in a prominent enough location, so that consumers won't miss it?

"In determining whether a reasonable consumer would have been misled by a particular advertisement, context is crucial" 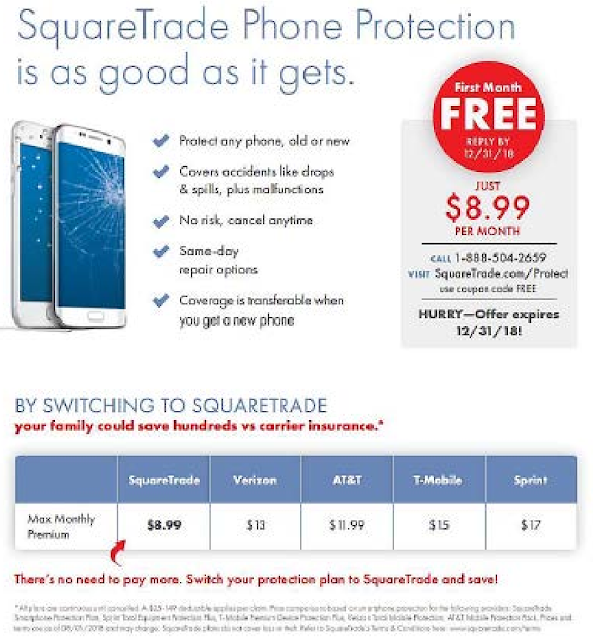