The question that has undoubtedly been on the mind of every designer -- is a banana costume copyrightable? -- has finally been answered in the affirmative.  In Silvertop Associates Inc. (d/b/a Rasta Imposta) v. Kangaroo Manufacturing Inc., the Third Circuit applied the Supreme Court's 2017 Star Athletica decision for the first time (to a banana costume, no less), finding that the "costume’s non-utilitarian, sculptural features are copyrightable." 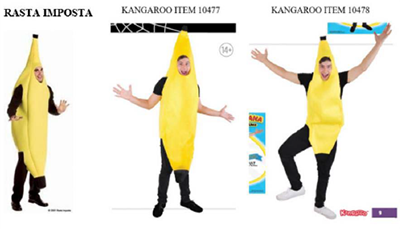 Applying this analysis here, the Third Circuit found that Plaintiff Rasta's banana costume (pictured above) was indeed a useful article, and addressed the the two-question copyrightability test as follows: "The artistic features of the costume, in combination, prove both separable and capable of independent existence as a copyrightable work: a sculpture.  Those sculptural features include the banana’s combination of colors, lines, shape, and length."  The court further stated: "Although more difficult to imagine separately from the costume’s 'non-appearance related utility' (i.e., wearability) than many works, one can still imagine the banana apart from the costume as an original sculpture.  That sculpted banana, once split from the costume, is not intrinsically utilitarian and does not merely replicate the costume, so it may be copyrighted."

The court also rejected the defendant's contention that a design based on a natural object -- here, a banana -- can never be copyrighted.  "This argument seeks to raise the originality requirement’s very low bar, which precedent forecloses for good reason.  A judge’s own aesthetic judgments must play no role in copyright analysis."

Accordingly, the banana costume’s "combination of colors, lines, shape, and length (i.e., its artistic features)" were deemed copyrightable.  This case is yet another example in a growing line of cases finding copyright protection for designs of useful articles.  While it once may have been assumed that designs of functional items, such as clothing and furniture, were not entitled to copyright protection, it is becoming clear that it is no longer necessarily so.

We therefore hold that the banana costume’s combination of colors, lines, shape, and length (i.e., its artistic features) are both separable and capable of independent existence, and thus are copyrightable. 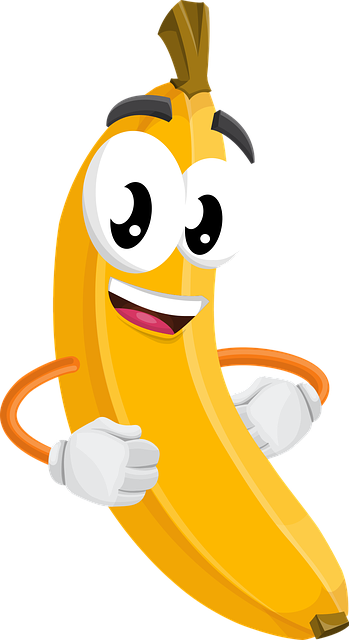