In a recent decision, the Second Circuit Court of Appeals affirmed a decision from the district court, rejecting false advertising claims against Diet Coke.

Plaintiffs, in a putative class action, had alleged that Coca‐Cola violated several provisions of New York State law through the misleading naming and marketing of its soft drink “Diet Coke.”  Specifically, they alleged that the name “diet” misled Coca‐Cola consumers by promising that the soft drink would assist in weight loss or at least, not cause weight gain (contrary to current research on artificial sweeteners proffered by plaintiffs but rejected by the court). Plaintiffs also alleged that Coke's claims that Diet Coke “will not go to your waist” and “is suitable for carbohydrate and calorie‐reduced diets,” as well as its use of physically fit models "reinforce this promise of weight loss."

The SDNY (like the N.D.Cal.) dismissed the claims and plaintiffs appealed.

However, the Second Circuit found plaintiffs' claims "implausible on their face."  The Court found both the images of attractive trim models and the words "not go to your waist" to be non-actionable puffery. Moreover, it found that, in the context of soft drink marketing, the term “diet” carries a clear meaning: it refers specifically to the drink’s low caloric content but does not convey a more general weight loss promise.

Thus, the Court affirmed the lower court's dismissal, and held that, when included in a soft drink title, the word “diet” (1) refers specifically to caloric content rather than a generic promise of weight‐loss, and (2) carries a primarily relative meaning (i.e., compared to non-diet equivalents) rather than an absolute meaning.

The use of physically fit and attractive models using and enjoying advertised products is so ubiquitous that it cannot be reasonably understood to convey any specific meaning at all. 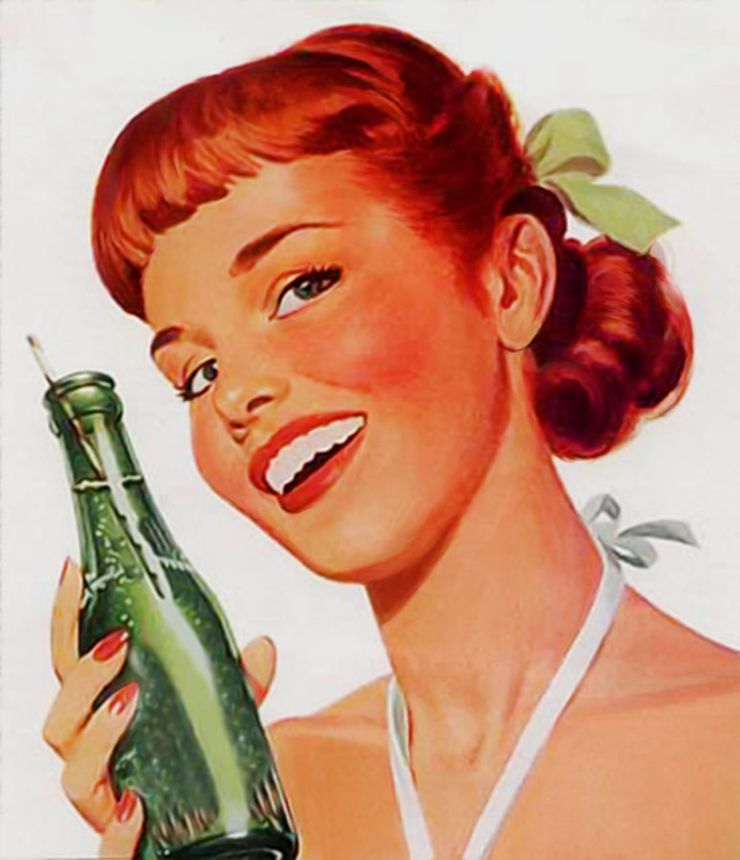