What laws and rules are enforced by the DCWP?  In addition to licensing businesses in more than fifty industries, the DCWP enforces the City's Consumer Protection Law as well as advertising and consumer-protection related provisions in the New York City Administrative Code and in the Rules of the City of New York.

The City's Consumer Protection Law gives the DCWP authority to go after a wide range of improper business practices.  Similar to federal and New York State law, the Consumer Protection Law prohibits, "any deceptive or unconscionable trade practice in the sale, lease, rental, or loan or in the offering for sale, lease, rental, or loan of any consumer goods or services, or in the collection of consumer debts."

The Rules of the City of New York are where you find most of the City's specific advertising rules, however.   Here are some of the key provisions.

The Rules have detailed requirements for making "free" offers.  For example, when disclosing the terms of a free offer, New York City says that the disclosure must be "near" the word "free" and that using an asterisk that refers consumers to a footnote doesn't satisfy this requirement.  The Rules also require that the disclosure be in print that is at least half the size of the word "free."

When advertising the price of a product in dollars and cents (and the price is over a dollar), the cents portion of the price must be at least half as big as the numbers used to give the dollar amount.

New York City also requires that all material offer terms be disclosed clearly and conspicuously, which is generally considered to be one-third of the size of the largest print used in the advertising.  Some disclosures are also required to be in at least 10 point type.  The Rules also say that, in television and radio advertising, the disclosures must be made orally.

Another requirement that often takes advertisers by surprise is that New York City says that when advertising two or more similar products or services, if a range of prices is stated or implied (for example, when advertising "starting at" prices), the highest price must be stated in figures at least as big as the lowest price stated.

The Rules also provide detailed guidance on sale pricing.  The Rules require that sale items be clearly identified.  And, when they're only identified generally (such as by terms such as "selected" or "assorted"), the Rules require that a "meaningful percentage" be available at the sale price.  New York City says that, in order to satisfy this requirement, ordinarily at least 15% of the items should qualify for the sale price.

When offering a range of savings, New York City requires that the minimum savings be disclosed as prominently as the maximum savings and that the basis for the comparison be clearly given.  In addition, at least 15% of the items must be available at the maximum savings and "a representative number of other models or types or services must be offered at various points in the range significantly separated and representatively scattered."  The Rules also provide detailed requirements for making "save up to" and similar claims.

The Rules also provide detailed guidance on the use of "wholesale price," "manufacturer's price," "factory price," and similar terms.  Essentially, the Rules require that the advertised price must relate to the price currently and generally paid for those goods by retailers in New York City.  There are similar requirements for claims such as "less than cost" as well.

When advertising a reduction from a former price, New York City requires that "the price to which the reduced offering price is being compared must be the advertiser’s bona fide selling price for that item or service unless the advertiser clearly discloses another basis of comparison or qualification."  The Rules also provide guidance for advertising former prices when there have been intermediate reductions and when the former price is not a recent price, as well for other price comparison claims, such as "nationally advertised at," "manufacturer's suggested" price, and "comparable value."

When making an "introductory offer" or similar claims, the Rules require that marketers generally have a reasonable quantity of merchandise that it plans to sell at the regular price.  The marketer must also generally mark up the items within a reasonable period of time and then maintain the marked-up price for at least 30 days.

New York City prohibits the use of the terms, "our list price," "below manufacturer's wholesale cost," and "manufacturer's cost," because it says that they are inherently misleading.

When advertising products or services for sale, retailers must must have in stock or on order, or be prepared to supply within a reasonable time, sufficient quantities of each advertised item or service to fulfill reasonably anticipated public demand, unless the retailer has clearly and conspicuously disclosed the limited availability in the advertising.

The Rules provide that when advertising a "limited edition" product, the number of products sold must be limited to a predetermined maximum quantity or to a quantity ordered within a "specified, reasonably short time."

The Rules also prohibit the use of out-of-context quotes in advertising.  Specifically, the Rules say that a "seller who uses language from the review or comments of a critic in an advertisement, including those on theater marquees and billboards, may not rearrange or abstract the quoted language in a way that alters the critic's meaning."

Finally, the New York City Administrative Code sets forth the requirements for various type of pricing claims, including the use of "wholesale cost," "list" price, "retailer's suggested" price, "comparable value," and "valued at."  The Code also has detailed requirements for advertising payday loan services and credit counseling services.

The DCWP has long had an aggressive enforcement program as well, citing advertisers for violating these provisions and bringing enforcement actions as well.  So, if you want to avoid wishing the DCWP a happy anniversary in person, it's best to keep these requirements in mind when advertising in New York City. 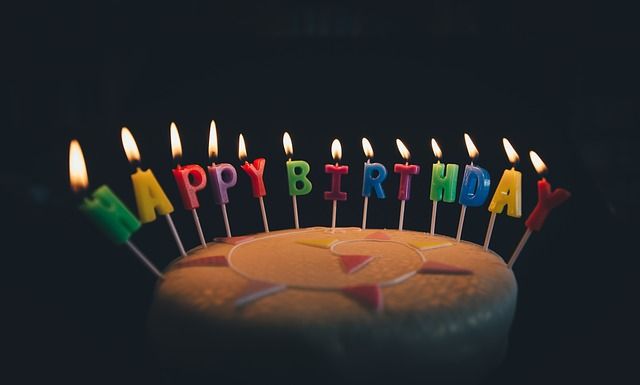