Facebook said that even though it had previously warned the defendants that their actions violated Instagram's terms of use and had suspended their accounts, their activity continued.   Instagram's Community Guidelines say, "Help us stay spam-free by not artificially collecting likes, followers, or shares . . . ."

In a statement, Facebook's Director of Platform Engagement and Litigation, Jessica Romero, said, "Inauthentic activity has no place on our platform.  That's why we devote significant resources to detecting and stopping this behavior, including blocking the creation and use of fake accounts and using machine learning technology to proactively find and remove inauthentic activity from Instagram."

"Inauthentic activity has no place on our platform" -- Jessica Romero, Director of Platform Enforcement and Litigation, Facebook 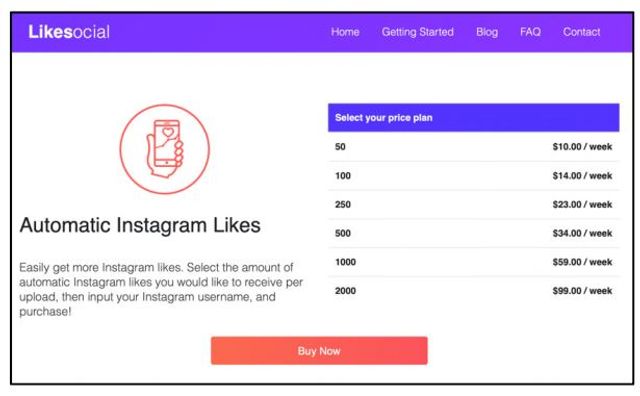