United States Senator Dick Durbin, along with ten of his Senate Democratic colleagues, launched an investigation yesterday into the marketing practices of JUUL Labs, which sells e-cigarettes.  According to a statement issued by Senator Durbin, "Federal public health agencies have identified JUUL as being largely responsible for fueling the e-cigarette epidemic among America's youth, while no clinical evidence has emerged in the United States of JUUL's use as a potential tobacco cessation tool."

In announcing the investigation, Senator Durbin criticized the company for its relationship with Altria, the tobacco company, and questioned its marketing tactics "to hook children on nicotine with kid-appealing flavors."  In December, Altria announced a $12.8 billion investment in JUUL.

The Senators sent a letter to JUUL seeking information and documents about JUUL's marketing practices and other issues.  For example, the Senators requested a list of all of JUUL's advertising buys and information about what steps that JUUL has taken to ensure that its advertisements are not seen by people under age 21.  The Senators also requested that JUUL disclose any influencers that it has paid to promote JUUL products.

The Senators also asked JUUL to voluntarily commit to restricting its marketing, including, not airing any TV, radio, print, or social media advertisements that could be viewed by people under age 21 and not advertising in convenience stores and other retail stores, where the advertisements can be widely viewed by children.

On its website, JUUL says that it complies with its own Marketing & Social Media Code.  Some of the key provisions of its Code include:

"While you and your investors may be perfectly content with hooking an entire new generation of children on your tobacco products in order to increase your profit margins, we will not rest until your dangerous products are out of the hands of our nation's children" -- U.S. Senator Dick Durbin 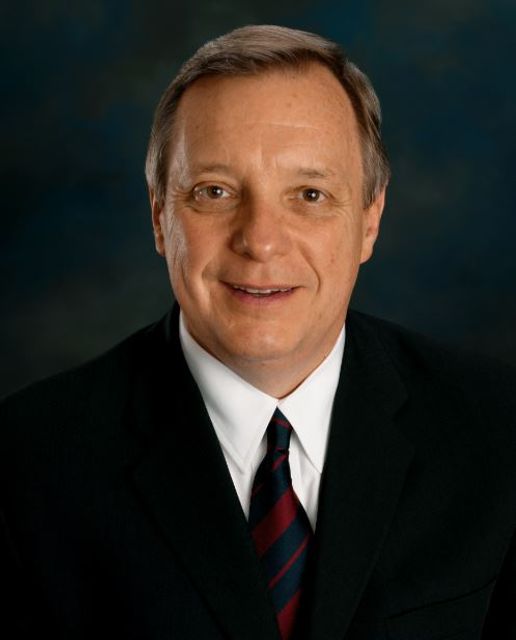