Office Depot agreed to pay a whopping $25 million and Support.com agreed to pay $10 million.  The FTC said that it intends to use the funds to provide refunds to consumers.

in announcing the settlement, FTC Chairman Joe Simons said, “Consumers have a hard enough time protecting their computers from malware, viruses, and other threats.  This case should send a strong message to companies that they will face stiff consequences if they use deception to trick consumers into buying costly services they may not need.”

The FTC alleged that the companies promoted a software program -- called a variety of names, including PC Health Check, PC Tune-Up, and PC Checkup -- as a free tool for consumers to use in order to see whether they could improve the performance of their computers.  The FTC said that the companies promoted the service through radio commercials, print and online advertising, and other means, and trained employees to promote the program in-store.  For example, the FTC alleged that employees were trained to ask, "When was the last time you had a professional tune up done on your PC?"

The FTC alleged that while Office Depot claimed the program detected malware symptoms on consumers’ computers, the actual results presented to consumers were based entirely on whether consumers answered “yes” to four questions they were asked at the beginning of the PC Health Check program. These included questions about whether the computer ran slowly, received virus warnings, crashed often, or displayed pop-up ads or other problems that prevented the user from browsing the Internet.

What's the take-away here?  First, the FTC's been saying recently that it's going to be looking at national advertisers and, when appropriate, seeking significant damages.  This case is certainly one indication that the FTC means what it says.  Second, if you're offering to provide a service, you'd better actually do what you say you're going to do.  You're responsible for service promises the same way you're responsible for claims you make about your products.  Third, it's important to consider whether your marketing as a whole is creating a misleading impression.  Remember, you're responsible for more than the express claims that you make; you're also responsible for the claims that consumers reasonably understand you to be making. Fourth, don't ignore your employees' statements to consumers in-store.  When your employees are promoting your products, their statements are likely to be advertising claims that you're responsible for as well.  And, finally, don't ignore the red flags.  If your employees are raising questions about a business practice, take the opportunity to check out the issue and solve small problems before they become big ones. 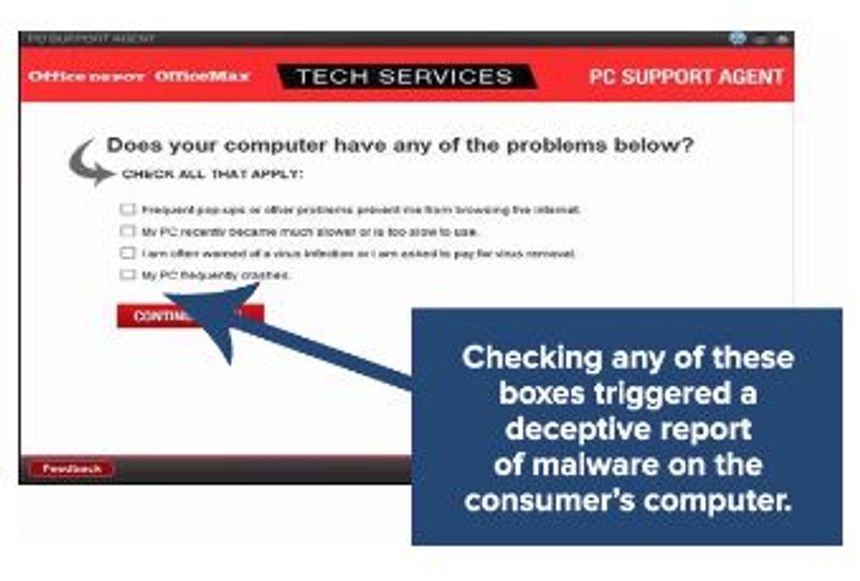