In a decision just issued in the SDNY, the Court has denied Dannon’s motion for a preliminary injunction enjoining Chobani’s from advertising that Chobani's kids' drinkable yogurt product, "Gimmies Milkshakes" contains "33% less sugar than the leading kids' drinkable yogurt," a reference to Dannon's "Danimals Smoothies" product. Although the Court found that Dannon was likely to succeed on the merits of its Lanham Act and state false advertising claims against Chobani, it also found that Dannon was not irreparably harmed by Chobani’s claims.

In determining that Dannon had a likelihood of success on the merits, the Court found that Chobani’s claim was misleading because consumers would not understand that Chobani’s claim was not based on a serving to serving comparison of the two products. In fact, a single serving of Gimmies does not have 33% less sugar than a single serving of Danimals, no matter the flavor.  Chobani had defended the truthfulness of this claim based on a more complicated comparison of the products, which it explained in footnote disclosures. However, the Court found that those disclosures were too complicated to work: they required the consumer to do averaging, rounding and other mathematical calculations to figure out the basis for Chobani’s 33% less sugar claim. Dannon’s expert argued that consumers  -- even in the unlikely event that they saw the footnote disclosures -- would not do these calculations and would not understand the basis for Chobani’s 33% less sugar claim.

In determining that Dannon had a likelihood of success on the merits, the Court rejected Chobani’s argument that because its claim complied with FTC and FDA regulations, it could not be the predicate for a Lanham Act claim. Citing the Supreme Court’s POM Wonderful decision (oft-cited in this blog), the Court noted that “[r]egulatory compliance does not automatically negate Lanham Act liability.” Moreover, the Court was not persuaded that Chobani’s claim did in fact comply with applicable regulations.  “While the Court concedes — as others have before it — that [the FDA nutrient content] regulation is not exactly a model of clarity….it seems clear enough that it does not authorize Chobani to label its product as it did.”

Ultimately, the Court found, “common sense must prevail[:] a parent walking down the dairy aisle in a grocery store, possibly with a child or two in tow, is not likely to study with great diligence the contents of a complicated product package, searching for and making sense of fine-print disclosures in asterisked footnotes, and looking for flavors other than the one(s) s/he wishes to buy (which may or may not be on the shelf) in order to perform multiple mathematical calculations — all in order to confirm the truth or falsity of a claim that is of dubious veracity, and that could easily have been replaced with the simple and truthful statement, "My product has less sugar per ounce than his product." Nor does the law expect this of the reasonable consumer. With yogurt or any other product, plain vanilla ads and labels tend to work best.”

However, although the Court found Chobani’s claim misleading, it was not persuaded by Dannon that the claim caused it considerable harm which, Dannon argued, would continue absent a preliminary injunction. Dannon had argued that, in addition to lost sales, Chobani's falsely claiming that its product had 33% less sugar than Dannon's would cause existing consumers to reconsider their loyalty to Dannon, thereby harming its customer goodwill, and that Chobani would capture prospective customers who might otherwise have belonged to Dannon.

Rejecting these arguments, the Court found that “[t]he evidence presented at the preliminary injunction hearing indicates that Danimals' share of the overall yogurt market improved, and that Danimals itself had its second-best ever market share in its product class, during the month when Gimmies came to market.”  The Court also found that it was “pure conjecture that Dannon lost sales as a result of Chobani's misleading "33% less sugar" claim on the Gimmies packaging.”

Perhaps most damning for Dannon’s claim of irreparable injury was “the revelation that it has been selling Danimals in stale packaging that overstates the sugar content of its product. Dannon argues that its use of outdated and erroneous packaging harms no one but itself, because it is not revealing that it has reduced the sugar content of three of its flavors, which should appeal to consumers. But it cannot be the case that Dannon's reputation depends upon the promotion of its products as having less sugar when the company is willing to sell its products in packaging that says they have more sugar than they actually do.”

While the Court found that Dannon could not support its claim of irreparable injury based on the factual record before it, it was also persuaded by Chobani’s arguments that it would be significantly injured if forced to sticker or recall its products from the stores. Plus, the fact that Chobani had already started selling reformulated versions of two flavors in newly labeled packaging, means that “consumers will receive accurate information relating to the sugar content of those products.”  Thus, the Court concluded, “there is no exigency that requires the Court to take the extraordinary step of issuing a preliminary injunction.” 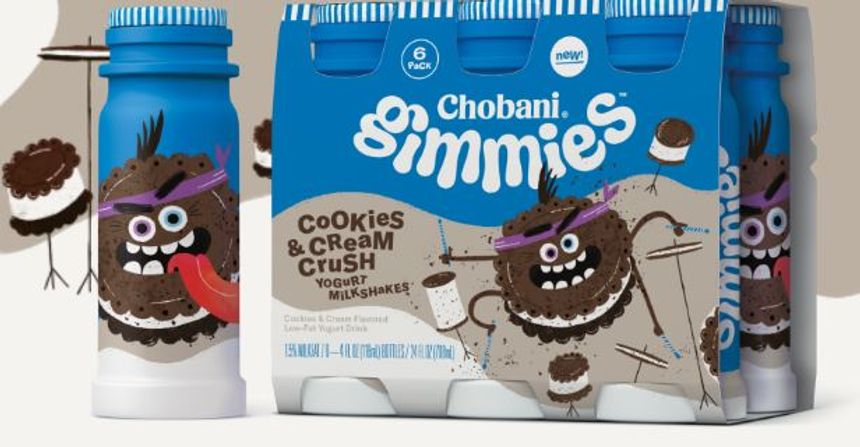