After launching three "Eating With Chopsticks" videos that show a woman having trouble eating with chopsticks, fashion company Dolce & Gabbana is being criticized in social media for being culturally insensitive.  The videos show a woman -- dressed in high fashion -- trying to each pizza, cannoli, and spaghetti with what the company calls "stick shaped cutlery."  The campaign was launched to promote an upcoming fashion show in Shanghai.

According to Jing Daily, many social media posts have called the campaign "stereotypical, racist, and disrespectful."  The publication also reported that, in response to the outcry, Dolce & Gabbana deleted the videos from Chinese social media platform Weibo.

In response to the outcry, the company posted a video in social media with an apology from Domenico Dolce and Stefano Gabbana.  They said, in part, "In our families, we've always been taught to respect the various cultures in the world.  That's why we want to say sorry for having made the mistake to misinterpret yours."

When advertisers run campaigns across borders, it's not always the legal issues that get them into hot water.  Often, advertisers fail to take into account important cultural concerns that can significantly impact how the advertising and the company may be perceived.

It's not just a cross-border issue however.  While the U.S. television networks have long had standards that prohibit marketers from relying on cultural stereotypes, advertisers are being increasingly called out when social media users feel that the company has missed the mark.

"We want to give our apology to all the Chinese people in the world." -- Domenico Dolce and Stefano Gabbana 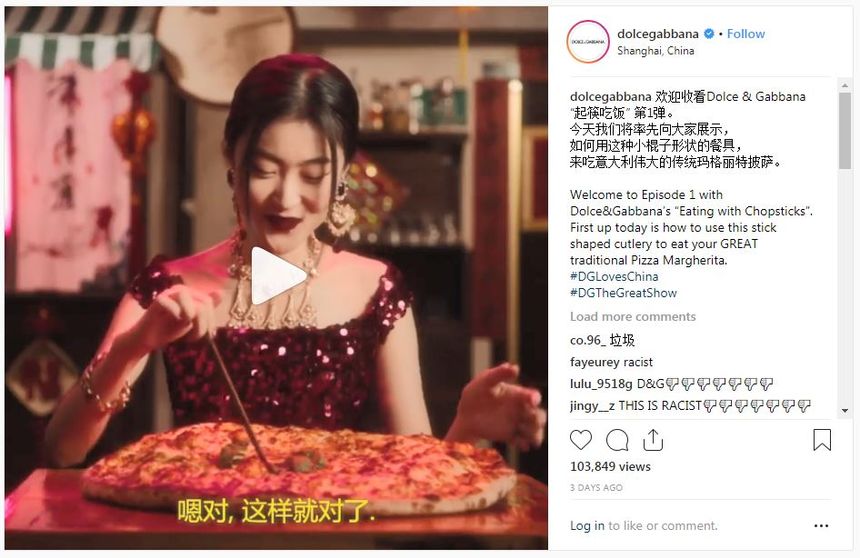