The New York Attorney General filed a lawsuit against jewelry store chain Harris Jewelry, alleging that the company engaged in false and deceptive acts and illegal lending in connection with the financing of jewelry sales to active-duty service members.  The NYAG said that the lawsuit is the result of an ongoing investigation by the AGs of fourteen states, co-led by New York and Tennessee.

The NYAG alleged that Harris Jewelry targeted service members through "Operation Teddy Bear," a purported charitable program in which the company sold teddy bears in military uniforms with promises of charitable donations.  The NYAG alleged, however, that the charitable program was "nothing more than a marketing ploy to dupe service members into high-priced, illegal in-house financing contracts for vastly overpriced jewelry."  (We previously blogged about a separate action Operation Troop Aid, the charity that participated in Operation Teddy Bear.)

The NYAG also alleged that Harris Jewelry sells lines of military-themed jewelry -- such as the "Mother's Medal of Honor" and the "Token of Pride Coin" -- on credit that it provides under the name of affiliated company Consumer Adjustment Corp.  The NYAG further alleged that this relationship is not clearly disclosed to consumers.  The NYAG alleged that the company promotes the financing program as a way to build or improve service members' credit scores so that they can buy other things that they want, like nice cars.

In addition, the NYAG claimed that Harris Jewelry advertises "quality" jewelry on "fair" terms, but in reality marks up its jewelry between 600% and 1000%, which the NYAG said is considerably higher than the industry standard.  The NYAG also claimed that, with financing, Harris Jewelry charged an additional interest rate of 14.99%, "thereby disguising its inflated profit-taking and the true cost of the items."  For example, Harris Jewelry allegedly purchases the "Mother's Medal of Honor" for about $77 and then sells it for about $800, plus warranties and interest.

In response to the NYAG's lawsuit, Harris Jewelry issued the following statement: "Harris Jewelry will vigorously contest the inaccurate and baseless allegations raised by the New York State Attorney General. Harris Jewelry operates in full compliance with the laws that regulate our industry. Harris Jewelry stands behind its decades-old business model.  The New York Attorney General has unfortunately reached the wrong conclusions about our business and the work we do.  For more than 60 years, Harris Jewelry has sold quality jewelry and watches to active duty military personnel, Reservists, National Guard, and Retirees. Today, the company continues to honor that tradition and enables its customers to purchase quality jewelry designed specifically for them, and to do so on credit terms customized to meet their needs."

It's also interesting to see how this case isn't merely about advertising claims and the sufficiency of disclosures.  The NYAG here is actually challenging the business model itself, saying that it's illegal to operate a jewelry store for the purpose of selling jewelry at inflated prices through high-priced financing contracts.  While this may be an extreme case, it's worth considering where to draw the line here.  Is the NYAG suggesting that some markups are just too high?  Does advertising a high price -- at least in a category like jewelry -- make some sort of implied claim about value?  In addition, is the NYAG saying that it may be an improper business practice if too large of a portion of your company's profits are generated by financing?

"My office will not tolerate companies that seek to take advantage of New Yorkers in order to line their own pockets" -- New York Attorney General Barbara D. Underwood 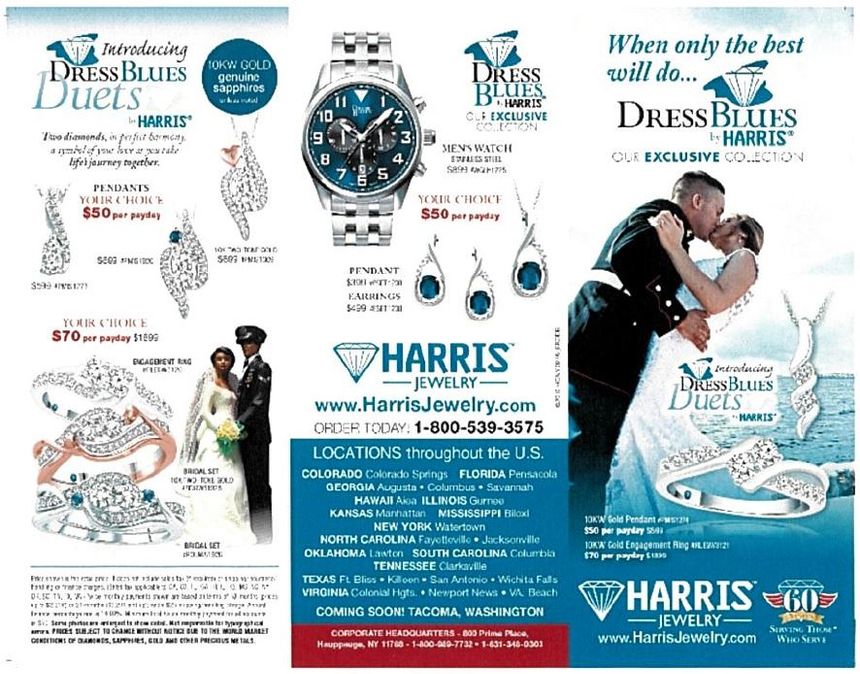