The FTC's announcement included twenty-four actions, including one new FTC case, three other FTC actions from the past six months, two criminal actions announced by U.S. Attorneys’ Offices and eighteen state actions over the past year.

In the Premium Business Pages action announced today, the FTC charged several corporate and individual defendants in the United States and Canada with operating a common enterprise that made unsolicited calls to small businesses and others to induce them to pay for unordered Internet directory listings, search engine optimization services, and website design and hosting services. The FTC alleged that the defendants claimed to be calling to collect on past-due invoice --  even though the consumers never ordered the services.

As part of Operation Main Street, the BBB also released a report on small business scams and the FTC and the BBB together released new business education materials. 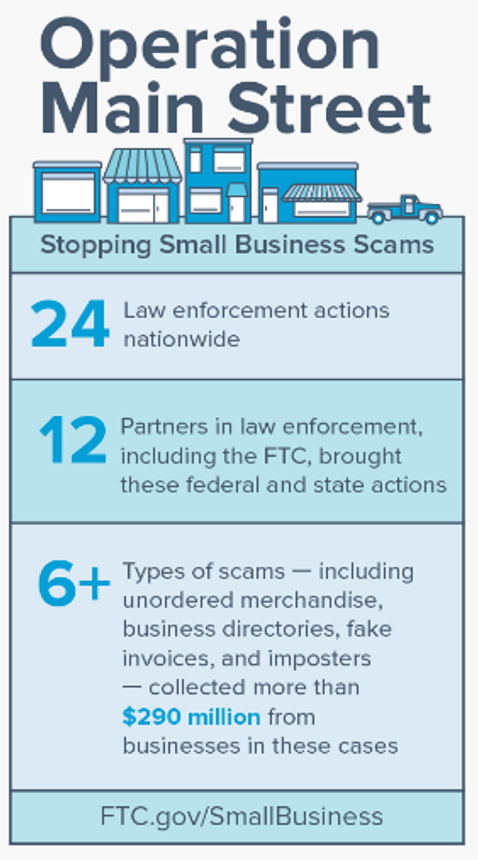