Yet again this year, the 10 ads that garnered the most complaints to the ASA had some interesting shared features.

Most of them concerned television ads that had already been approved by Clearcast. They all concerned issues of taste and decency, rather than misleadingness. All but one provoked over 100 complaints, with one registering 755 complaints. And yet despite that, none were upheld, with the ASA confidently concluding that they had not caused serious or widespread offence. Despite the aforementioned 755 complaints.

What is slightly frustrating is the contrasting treatment that we regularly experience where a single complainant claims that an ad is misleading, and this gives rise to an upheld complaint. Concern that the complainant is really a competitor in disguise is usually dismissed. The fact that the 'average consumer', who is 'reasonably well-informed, observant and circumspect' would not be misled is also casually dismissed. Instead of this modern and gender neutral equivalent of 'the man on the Clapham omnibus', all to often the ASA appears to apply the standard of the 'moron in a hurry' when considering complaints about misleadingness.

We also await with interest the outcome of ASA's review of their appeal procedures. The current system of Independent Review is so narrow that it will often only respond in extreme circumstances, where the position recommended by the Executive and followed by the Council is so seriously flawed that it would be exposed to judicial review. This can lead to advertisers being saddled with decisions that have been poorly investigated and adjudicated. Not often or frequently by any means, but sometimes.

Going back to the Top 10, and in the spirit of Top of the Pops, we'll take them in reverse order, starting at Number 10:

10. The list starts with a TV ad that also featured in the 2016 list and which we are proud to say we had a 'hand' in by providing legal advice. The Maltesers ad shows a woman in a wheelchair chatting to two friends about a sexual encounter with her boyfriend. Some complained about the sexual content of the ad, and others about the portrayal of the woman in the wheelchair. However, the ad was either transmitted after 9pm or around adult-themed programmes, such as Made in Chelsea and The Inbetweeners, so was appropriately scheduled. The ASA also thought the sexual content was unlikely to cause serious or widespread offence and the depicting of the woman in a wheelchair was 'championing diversity'. Decision: not upheld (92 complaints).

9. Ads for charities dealing with sensitive topics, such as death and bereavement, often run into difficulties despite their good intentions, like this one for Macmillan Cancer Support. The ad shows a father reading a bedtime story to his young daughter and is then inter-cut with shots related to his cancer treatment and being comforted by a Macmillan nurse. The complainants found the shots 'overly graphic' and distressing, but the ASA concluded that the shots illustrated the reality of living with cancer and were in context. It was also scheduled so as to avoid transmission around children's television.  Decision: not upheld (116 complaints).

8. Sadly, the British public still seem to be easily shocked at the site of a gay kiss and advertisers that try to do something positive for equality risk a back lash.  O2 included a brief shot of two men kissing in an ad showing a wide range of scenarios which can result in phone screens needing replacement. Depressingly, well over 100 people felt the need to complain about this fleeting shot, arguing that it too explicit, it might be seen by children or that it offended religious beliefs. The ASA decided that as the shot was not graphic, no scheduling restriction was required and it would not cause serious or widespread offence. Decision: not upheld (125 complaints).

7. There was a sense of humour failure by 131 complaints about the Currys PC World Christmas ad showing parents teasing their children with the prospect of traditional family Christmas, singing carols around the fire. The big reveal is that the parents then show the kids the new TV they have for Christmas. The complainants said the ad promoted materialism and equated Christmas with watching TV instead of Christianity. The ASA acknowledged that while some might find the ad in poor taste, it was unlikely to cause serious offence and did not ridicule or denigrate Christians or Christianity. Decision: not upheld (131 complaints).

6. Its seems unlikely that the Cannes Jury are going to be troubled by the ad at number 6 for V.I. Poo, an air freshening spray for toilets, but in a handbag sized container. Complainants apparently thought the topic of going to the toilet is unsavoury but the ASA disagreed, and also decided the reference to the “devil’s dumplings” was not offensive. Personally, I would like to have known what the ASA made of stools shaped like bagels, which I found deeply troubling, but sadly, we'll never know. Decision: not upheld (207 complaints).

5. There are some subjects that consumers are very unlikely to give advertisers permission to use as a platform for a commercial message. McDonalds found this to their cost when they created an ad based around a young boy's exploration of what he had in common with this dead father. It quickly became clear that the reaction of some viewers was that the ad trivialised grief and was likely to cause distress to families suffering a bereavement. The advertiser wisely issued an apology and pulled the ads, avoiding the need for an ASA investigation. Not investigated; ads removed (256 complaints).

4. According to popular myth, while the Victorian's outlawed male homosexuality, it was never illegal to be a lesbian because Queen Victoria steadfastly refused to admit that there was any such thing as a lesbian. And it seems that part of the British public also remain to be convinced. So the ad for Match.com featuring one brief lesbian kiss amongst a whole plethora of heterosexual encounters prompted nearly 300 complaints, which together with the complaints from the previous year make 1200 complaints in total. Really, do these people have nothing better to do with their time? They need to get out more.  Preferably in Soho. Decision: not upheld (293 complaints).

3. At number 3 is the other ad, or campaign, which was withdrawn before the ASA could conduct an investigation. This is a great shame, because it seems to have been an excellent campaign by Unilever for Dove, prompting debate about the important subject of breast feeding in public. I strongly suspect an investigation would have led to the ASA not upholding the complaints. The ads, which appeared in print, social media and on the Dove website, featured statistics and opinions about breastfeeding in public. They quoted some of the negative responses encountered by women, such as “put them away”. Complainants apparently thought the ads might encourage criticism of breastfeeding or encourage the neglect of crying babies, which seems to be truly missing the point. Nevertheless, Dove issued an apology, pulled the ads and amended their website. Pity. Not investigated; ads removed (391 complaints).

2. At number 2 is an ad from the Moneysupermarket.com campaign that has scored a hat-trick, having also made it into the ASA’s Top Ten for 2015 and 2016.  It seems the complainants split into two groups: those who found it overtly sexual, and presumably did not like any implied references to homosexuality; and those who found it homophobic.  The ASA decided that the ad was humorous, not sexual and unlikely to condone or encourage harmful discriminatory behaviour. Decision: not upheld (455 complaints).

1. And the winner of the prize for the most complained about ad for 2017 is Kentucky Fried Chicken! Basically, this is an ad showing some chickens wandering around the interior of a building while some noisy rap music plays in the background. The end frame has a super with the words "The chicken. The whole chicken. And nothing but the chicken". This mildly amusing and innocuous ad prompted 755 people to complain that the ad was distressing for vegetarians, vegans and children and that it depicted a chicken who was heading for slaughter. Speaking as a life long vegetarian that has literally never eaten at KFC, I am pleased to report I have survived repeated viewings of the ad without distress. More bizarrely, some people complained that the ad was disrespectful to chickens! Mercifully, the ASA ruled the ad was unlikely to cause distress or serious or widespread offence as there were no explicit references to animal slaughter. Decision: not upheld (755 complaints).

So what does all this tell us? Sections of the British public seem to be easily offended by issues such as bodily functions in general and breast feeding in public in particular; as well as about sex in general and homosexuality in particular. And we are nation of animal lovers, including chickens, and not just because their finger lickin' good, but also because the deserve our respect. The ASA, on the other hand, seems to like to take socially liberal positions, enabling the advertising industry to be a force for progress and diversity. Long may that continue.

Among a total of 29,997 complaints received, today’s Top 10 sets out the ads that provoked the greatest number of individual complaints. The creative approaches and imagery employed in the ads are varied, ranging from a fictional Hollywood starlet using her air freshener after going to the loo to a chicken dancing to rap music. But all the ads on 2017’s list had one common thread – they were all challenged on the grounds of offence. 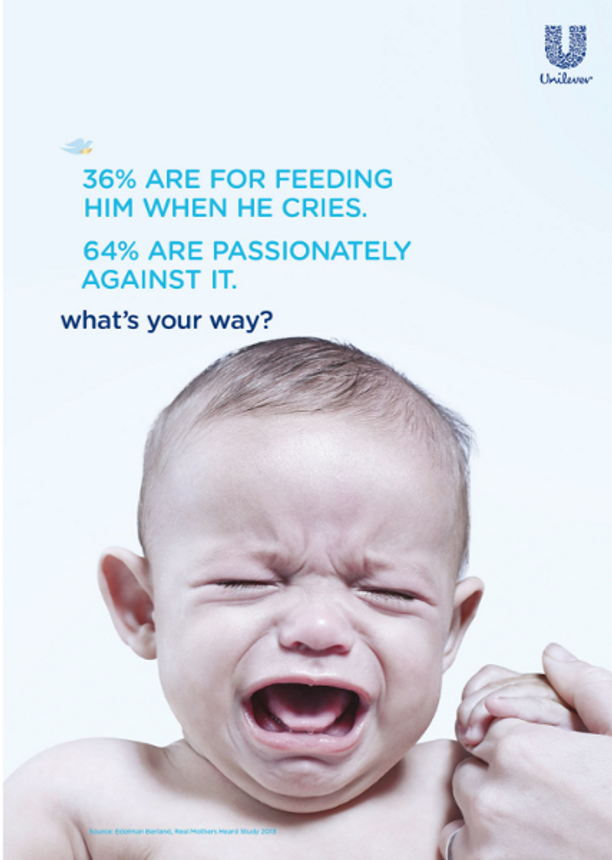 ASA Announce Top 10 most complained about ads from 2017 https://t.co/qUPm6lDiF8 @ASA_UK

Watch our webinar about restrictive covenants issues for advertising agencies - and sign up now for our Full Fact webinar this Thursday!
Brinsley Dresden