Health officials in India are saying that they may try to fine or jail Pierce Brosnan for appearing in advertising for Pan Bahara, which is a type of mouth freshener, on the grounds that it may promote tobacco.  Indian law prohibits tobacco advertising.

Although the specific product that Brosnan promoted did not contain tobacco, Dehli health officials expressed a concern that, because these types of mouth fresheners can contain tobacco, the advertising had the effect of promoting tobacco products.

The advertising ran on TV and in newspapers in India about 18 months ago. The campaign was suspended after causing an uproar.

Both the company and Brosnan have denied that there was any intention to promote tobacco products.  Brosnan has also previously apologized for appearing in the campaign, saying that company made "unauthorized and deceptive use" of his image.

This case is an important reminder that, when agreeing to endorse products outside of the United States, celebrities and their representatives should due diligence to ensure that they understand the advertising rules that apply in that jurisdiction. 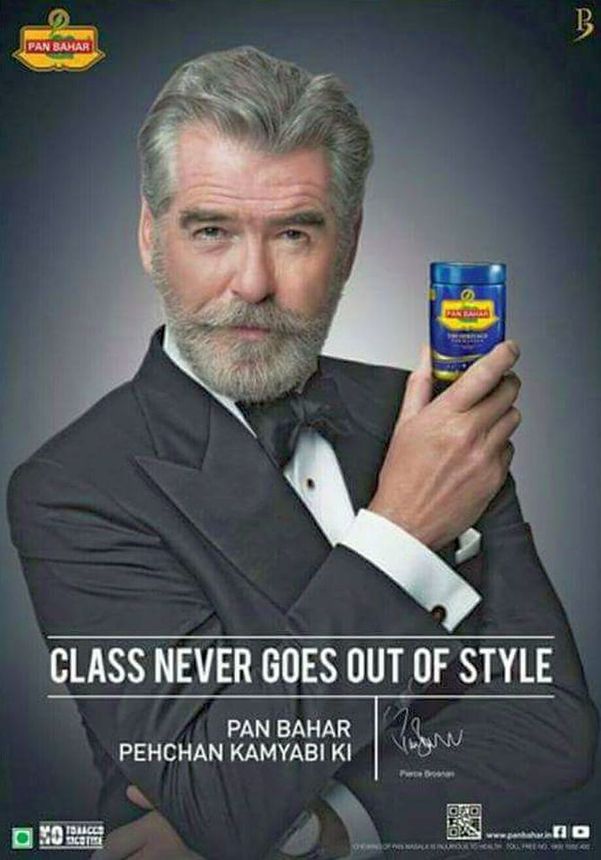