Last week, the Organisation for Economic Co-Operation and Development issued a report, Dark Commercial Patterns, raising serious concerns about the rise in the use of "dark patterns" and expressing the view that regulatory action is needed to address them.

in the report, the OECD explained that "dark patterns" generally refer to online practices that lead consumers to make choices that may not be in their best interests, including by exploiting their biases.  The OECD said that dark practices seek to get consumers to give up more money, personal data, or attention time than desired.  The OECD explained, "There is mounting concern that dark commercial patterns may cause substantial consumer detriment."

In the report, the OECD proposed the following definition of "dark patterns":  "Dark commercial patterns are business practices employing elements of digital choice architecture, in particular in online user interfaces, that subvert or impair consumer autonomy, decision-making or choice.  They often deceive, coerce or manipulate consumers and are likely to cause direct or indirect consumer detriment in various ways, though it may be difficult or impossible to measure such detriment in many instances."

The OECD said that it believed that many e-commerce websites and apps, as well as online games, browsers, and cookie consent notices, feature dark patterns.  The OECD explained that, "Given online businesses' ability to repeatedly run experiments to hone user interfaces, consumers' heightened susceptibility to deception online and the scale of consumers reachable, dark patterns are likely a greater concern than analogous practices offline.  Indeed they can influence consumer decision-making substantially."

The OECD report identified what it saw as the key categories of dark patterns, which are:

The OECD said, however, that "new forms of dark patterns are constantly emerging."

While the OECD has identified these practices as "dark practices," it's not at all clear that all of these practices are -- or will be considered to be -- illegal practices.  For example, it appears that the OECD is suggesting here that a limited time offer is somehow an improper practice.  Similarly, the OECD seems to suggest that the use of testimonials, or the use of practices where marketers let consumers know about other consumers' interest in an item, is also somehow unfair or deceptive.  Some may also argue that many of the dark practices identified in the report also don't involve deception; they just involve the use of traditional, persuasive (but non-deceptive) marketing techniques.

The OECD concluded the report indicating that regulatory action is going to be necessary to address concerns about dark practices.  The OECD wrote, "Market forces alone are unlikely to address dark patterns satisfactorily, and may further incentivize the use of dark patterns."

With increasing attention on dark patterns around the world (the U.S. Federal Trade Commission just issued its own report on dark patterns last month, for example), it's clear that more regulation and enforcement is coming.  Now is a good time then for online marketers to take stock of the methods they are using and update their practices, as necessary. 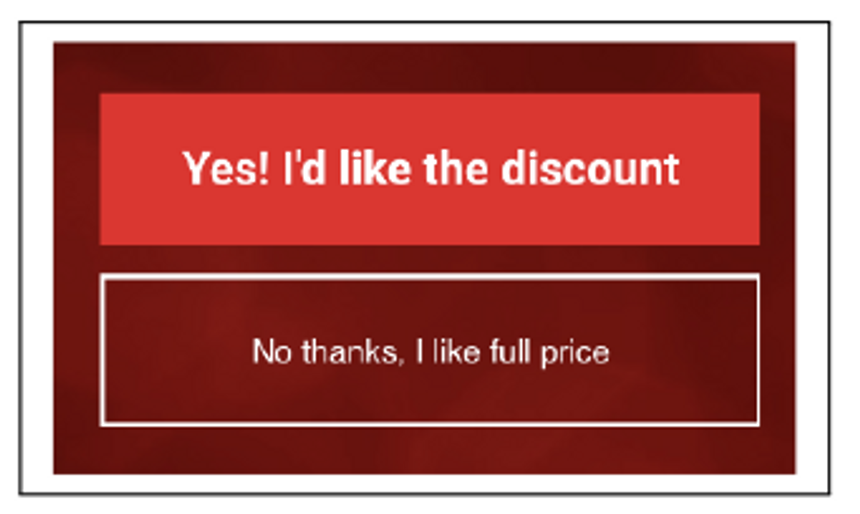