Elliot McGucken is an award-winning fine-art photographer who specializes in natural landscapes. (Check out his website.) In March of 2019, McGucken hiked for several hours through Death Valley (talk about dedication) to capture photographs of an ephemeral lake that had formed on the desert floor following unusually heavy rainfall. As the court puts it, “[w]ith a little luck, a little sweat, and plenty of skill, McGucken produced a series of photos of stunning beauty.” The photos - which truly are spectacular – are included in the court’s opinion.

McGucken posted the images on Instagram (natch), where they were shared widely. Riding the wave of interest in his work, McGucken licensed the photos to several publications (including The Daily Mail, Smithsonian Magazine, and Live Science). About a month after he took the photos, online publisher Pub Ocean used twelve of them, without permission, to illustrate an article titled “A Massive Lake Has Just Materialized In The Middle Of One Of The Driest Places On Earth.” The article described how the lake had formed, narrated how McGucken captured the photos, and included various “digressions” about desserts and other naturally occurring phenomena (such as desert superblooms and vanishing islands). Each digression was illustrated with photography from third party sources. (The opinion is silent as to whether Pub Ocean obtained licenses to use the other photos. But you do the math.) In total, the article prominently featured 28 photos. How prominently? In the court’s view, “[i]n size, the photos dwarf the text” to such an extent that the article “appear[ed] as a series of photos with the text broken up into tiny captions underneath.” Sort of like a picture book. Or a slide show. Or a listicle. (Or, perhaps, clickbait?) The court included this example to illustrate the point (and I include it here so you can judge for yourself): 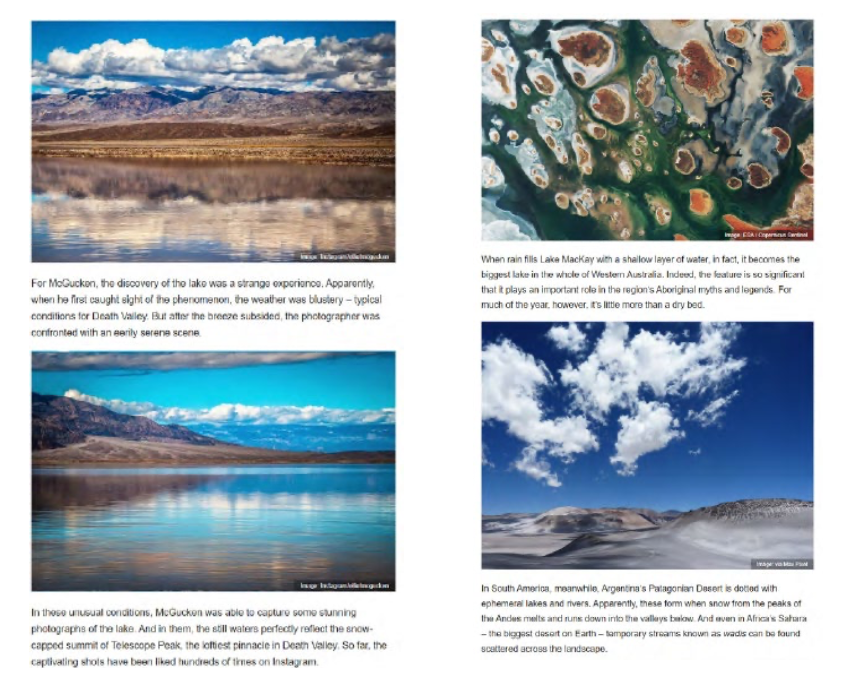 [An aside:  if McGucken’s name sounds familiar, it may be because we have blogged about another lawsuit that he filed in S.D.N.Y., in which he alleged that Newsweek had infringed upon his copyright when it used Instagram’s embedding functionality to link to one of his Death Valley photos to illustrate an article. That case settled after the district court denied Newsweek’s motion to dismiss on fair use grounds (see here) and on the grounds that McGuckin had authorized the use when he agreed to Instagram’s TOS and platform policies (see here, here and here).]

In any event, the panel’s fair use analysis is straightforward.

Purpose and Character of the Use. Pub Ocean’s use of the photos was "in no way transformative" since it had used McGucken’s photos for the same purpose for which they had been created: as a “clear, visual recording of the lake.” Nor did the article written by Pub Ocean do anything to present the photos in a new or different (and therefore transformative) light. On the contrary, the text was little more than non-transformative “informative captions”:

“Photos are inserted every three to four sentences in an article structured as a continuous narrative. There is at most a loose topical connection between each portion of the article and the photos that appear alongside it. Photos of the ephemeral lake appear in roughly the place in the article where it is explicitly discussed. The article does not contain captions that directly describe or engage with the photos. Rather, it essentially uses the photos as visual ‘filler.’”

The panel specifically rejected Pub Ocean’s argument that the article was transformative because it had placed McGucken’s photos in a wider and more expansive context because it included discussion (even if brief) of other ephemeral, natural phenomenon:

“Practically speaking, it is hard to imagine what would not be a fair use, or what could not be readily turned into a fair use, under Pub Ocean’s theory. Any copyrighted work, when placed in a compilation that expands its context, would be a fair use. Any song would become a fair use when part of a playlist. Any book a fair use if published in a collection of an author’s complete works. It would make little sense to treat this kind of ‘recontextualizing’ or ’repackaging’ of one work into another as transformative.”

The Nature of the Copyrighted Work. The second factor also weighed against fair use. Although the photos document a real (factual) event, they “are creative because they were the product of many technical and artistic decisions.” And although McGucken’s photos had been published previously, that does not automatically weigh in favor of fair use: “while a work’s unpublished status would weigh against fair use, the converse is not necessarily true” (cleaned up).

Amount and Substantiality of Portion Used. Quantitatively, Pub Ocean used the twelve photos in their entirety, with only minimal cropping. As a result, qualitatively, the article took “the heart” of each of the photos. Pub Ocean’s lacked any valid justification for the use (since it wasn’t transformative), and Pub Ocean had “failed to put forward any evidence that other photographs or visual aids were unavailable or an inadequate substitute for McGucken’s photos.” Thus, McGuckin also wins the third factor.

Market Effect. Although the record didn’t include direct evidence of actual market harm caused by Pub Ocean’s use of the photos – on the contrary, it was undisputed that McGucken was able to license them to third parties even after Pub Ocean’s article appeared – “to negate fair use McGucken need only show that if the challenged use should become widespread, it would adversely affect the potential market for the copyrighted work” (cleaned up). Here, Pub Ocean’s article was a market substitute for both McGucken’s photos (since they present good-quality reproductions of them) and for licensed derivative uses of the photos by news organizations to illustrate articles. Indeed, “for some consumers, [Pub Ocean’s] article would be even better than a standalone collection of McGucken’s photos or a shorter article with no other content.”

Since all four statutory factors pointed “unambiguously in the same direction,” the court rejected Pub Ocean’s fair use defense, directed the district court to enter partial summary judgment for McGucken on that defense, and remanded for further proceedings. 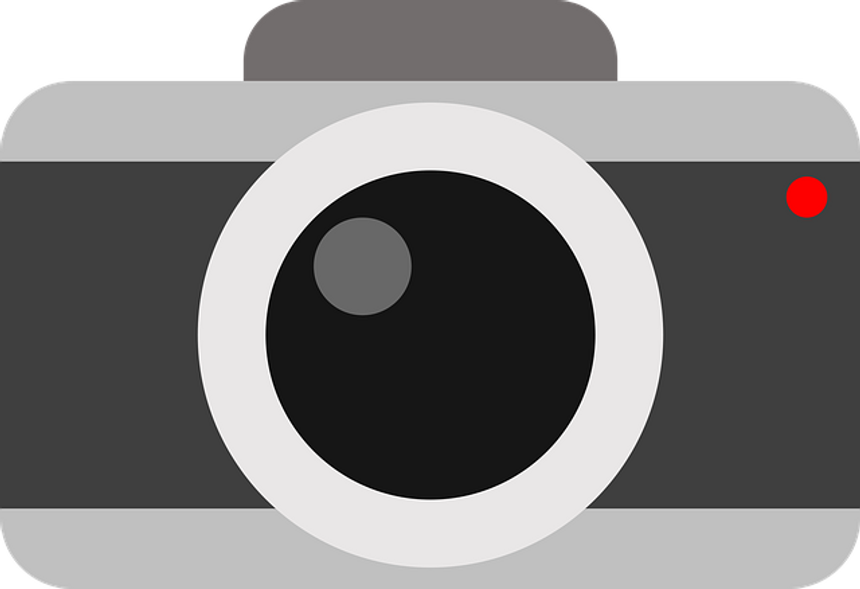