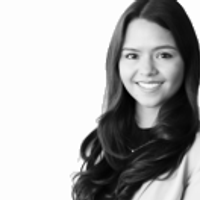 Coppertone sunscreen-maker Beiersdorf, Inc. is facing a proposed class action brought on by buyers who say they’ve been duped into paying twice as much for Coppertone Sport Mineral Face sunscreen, despite it being “exactly the same” as the regular Coppertone Sport Mineral lotion variety. The customers claim the product’s advertising misled them into believing the face product was different from the regular lotion, justifying its higher price tag.

According to the allegations in the complaint, the face lotion’s label includes markings such as “Face,” “Won’t Run Into Eyes,” and “Oil Free,” despite a formulation nearly identical to Coppertone’s regular, cheaper sunblock. The proposed class action complaint alleges that because these prominent representations lead reasonable consumers to believe the product is specifically designed for the face, buyers are more willing to pay a higher price for it. Per ounce, Coppertone’s face sunscreen costs twice as much as its regular, non-face formulated product.  The complaint alleges violations of various state consumer protection laws.

Were the products actually basically identical?  Did the packaging communicate that consumers were getting something special -- and worth more -- in the "face" sunscreen?  Would reasonable consumers believe that the products were different?  We're only at the complaint stage here, so all we have is questions.  But, we'll keep an eye on this case as it develops.