On Thursday, Addison Rae announced on Twitter that she had been permanently banned from social media platform TikTok.

Rae, who has amassed over 85 million followers on the platform, shared a notification she allegedly received notifying her that her account was "permanently banned due to multiple violations of our Community Guidelines."

It is common for platforms to ban users who violate their community guidelines. Community guidelines generally include prohibitions on intellectual property infringement, misinformation, hateful behavior, harassment, bullying, and much much more.

While Rae’s fans are still able to watch her previously-posted content on the platform, the ban could have implications for brands with whom the influencer previously contracted with for TikTok posts. This serves as a helpful reminder to brands and agencies to keep track of what their influencers are saying and doing, because running afoul of a platform’s guidelines may potentially cause difficulties for both influencers and marketers. 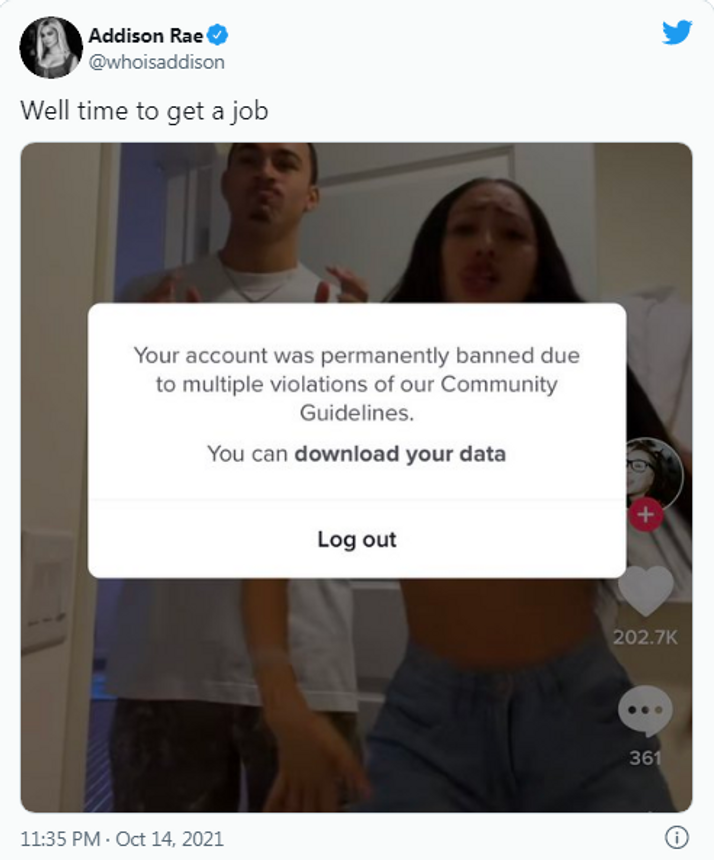