Earlier this week, U.S. Senators Richard Blumenthal and Edward J. Markey wrote to FTC Chair Lina Khan, asking her to open an investigation into whether Tesla's advertising overstates the self-driving capabilities of its cars.

Noting that there are no fully autonomous vehicles currently available on the market, the Senators expressed concerns that Tesla's Autopilot and Full Self-Driving features "are not as mature and reliable as the company pitches to the public."  For example, the Senators pointed to a video that the company posted on YouTube titled "Full Self-Driving" -- which has been viewed more than 18 million times -- that shows a Tesla driving entirely on its own.  They also pointed to statements made by Tesla CEO Elon Musk that Tesla vehicles would soon reach full automation.  They wrote, "While Tesla has buried qualifying disclaimers elsewhere on their website, the link in the video's caption redirects to a purchasing page that fails to provide additional information about the true capabilities of the vehicle."

In their letter, the Senators cite statistics that show that at least 11 people have died in fatal crashes with Autopilot activated since Tesla introduced the feature.  The Senators wrote, "Tesla drivers listen to these claims and believe their vehicles are equipped to drive themselves -- with potentially deadly consequences."

The Senators also pointed out that consumer advocates and other federal agencies have repeatedly called on the FTC to look into Tesla's advertising of its autonomous driving systems.  They wrote, "Despite these warnings, Tesla has persistently misrepresented the capabilities of its cars and the company's progress towards safe Autopilot and FSD technology."

The Senators urged Chair Khan to "swiftly open an investigation into Tesla's repeated and overstated claims about their Autopilot and Full Self-Driving features and take appropriate enforcement action to prevent further injury or death as a result of any Tesla feature."

While it's too soon to know whether the FTC will take any action here or assert that Tesla's advertising violates the law, there are some important take-aways from the concerns that Senators Blumenthal and Markey raised. 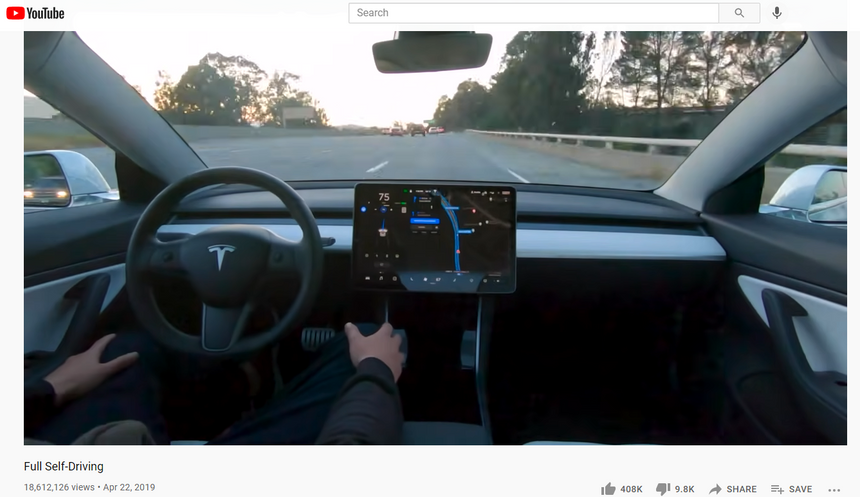