Last August, the Federal Trade Commission sued Golden Sunrise Neutraceutical and some of its officers, alleging that they falsely advertised the company's "Emergency D-Virus Plan" as a treatment for COVID-19.  The FTC brought the lawsuit after the company had failed to comply with a warning letter that the FTC sent several months before that.  About a week after the lawsuit was filed, the FTC obtained a temporary retaining order against the defendants, barring them from making COVID-19 treatment claims.

The FTC charged the defendants with making false COVID-19 claims on billboards, websites, and social media.  The FTC alleged that the company falsely promoted its supplements as being “uniquely qualified to treat and modify the course of the Coronavirus epidemic in CHINA and other countries” and that users of the supplements can expect the “disappearance of viral symptoms within two to four days.”  Apparently, Golden Sunrise's treatment plan consists mainly of "common herbs and spices," such as olive leaf extract, yarrow extract, turmeric extract, cayenne extract, eucalyptus extract, and mistletoe.

Yesterday, the FTC announced that it reached a settlement with one of the defendants in the case, Dr. Stephen Meis.  According to the FTC's complaint, Meis served as Medical Director, and as a member of the board of directors, of Golden Sunrise Nutraceutical -- and also endorsed the company's products in its advertising.  The FTC alleged that some of the company's marketing materials included endorsements from Dr. Meis which made false claims about the effectiveness of his company's products.  For example, some advertising included the statement, "Stephen R. MEIS, M.D., Board Certified, I strongly recommend Golden Sunrise Nutraceutical Incorporation herbal products ImunStem and Aktiffvate, along with their AnterFeerons product, as uniquely qualified to treat and modify the course of the Coronavirus epidemic in CHINA and other countries."  In addition, the FTC alleged that, on Facebook, the company shared an article from a local newspaper in which Dr. Meis promotes the company's products as potential treatments for COVID-19 and claims that one of the company's products was FDA-approved. The FTC also said that one ad for the company's supplements cited Dr. Meis as saying, "With increased use of one of the supplements included in the Emergency D-Virus treatment plan, disappearance of viral symptoms is expected within two (2) to four (4) days,” and that the recommended dietary supplements “are available now and once they are started, they will help alleviate the people immediately [sic] with the acute illness of the Coronavirus.”

As part of the settlement with the FTC, Dr. Meis agreed not to make unsupported health claims in the future and also agreed to pay more than $100,000 to the FTC for the agency to use to provide refunds to defrauded consumers.

In announcing the settlement, Daniel Kaufman, Acting Director of the FTC's Bureau of Consumer Protection, said, "We rely on doctors to follow the scientific evidence when making claims about health products and conditions.  Helping to spread false and unproven claims about treating COVID and other diseases is that much worse when done by those in positions of trust.”

It's not uncommon for the FTC to prosecute company leaders (such as owners and CEOs), as well the company itself, when a marketer has engaged in particularly egregious behavior.  There's also been at least some talk at the FTC about being more aggressive in prosecuting company officials, including at bigger companies, when marketers cross the line.  Here, it's interesting to see that the FTC has chosen to charge an individual who does not appear to be an owner or one of the most senior executives at the company.  This is likely because, in addition to being the medical director of the company (which is a pretty important role, given the nature of the products being advertised), he also endorsed -- and allegedly made false claims about -- the products in the company's advertising.

The FTC's Endorsement Guides say that endorsers themselves may be held liable for the statements they make in the course of their endorsements.  In addition, when an endorser is also an expert, the FTC holds the expert to a high standard.  First, the endorser's qualifications must give the endorser the specific expertise the the endorsers is represented as possessing.  Second, the endorsement must be supported by an actual exercise of the expert's expertise in evaluating the product -- and this evaluation "must have an included an examination or testing of the product at least as extensive as someone with the same degree of expertise would normally need to conduct in order to support the conclusions presented in this endorsement."

"We rely on doctors to follow the scientific evidence when making claims about health products and conditions" -- Daniel Kaufman, Acting Director, FTC Bureau of Consumer Protection 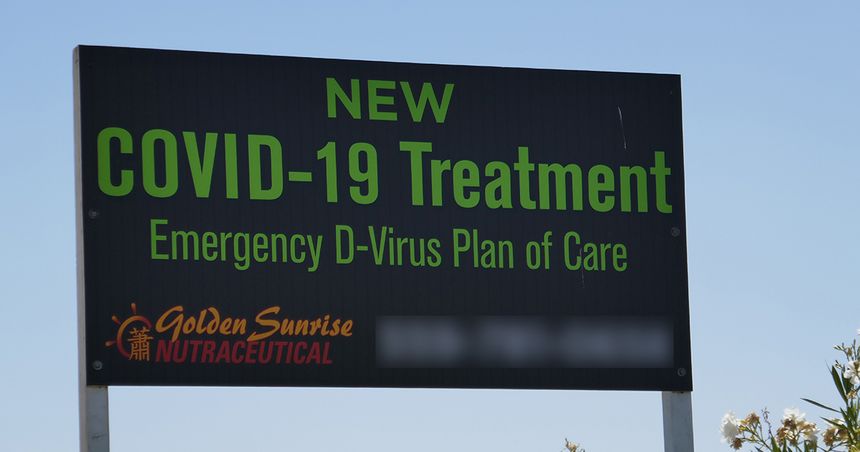