The Federal Trade Commission announced that it reached a settlement with a television antenna company and its CEO, resolving allegations that they made false claims that the company's products would let users cancel their cable service and receive all of their favorite channels for free.  As part of the settlement, Wellco, Inc. and its CEO agreed to a $31 million judgment, which the FTC agreed to suspend based on their inability to pay that amount -- so long as the defendants paid $650,000.

As part of the announcement, Daniel Kaufman, Acting Director of the FTC's Bureau of Consumer Protection, said, "The defendants used every trick in the book to sell their antennas and amplifiers to people, including older adults, who wanted to save money on cable and satellite TV channels.  People should be able to trust the claims companies make, not discover after buying that they were told lies.”

Wellco sells indoor television antennas (sometimes called "mud flap" antennas) and signal amplifiers under the TV Scout, SkyWire, SkyLink, and Tilt TV brand names.  According to the FTC's complaint, Wellco made a number of false claims about its antennas, including that users can stop paying for cable or satellite TV and still receive all of their favorite channels, a substantial portion of users will receive more than one hundred premium channels in HD, the company's antennas enable consumers to receive more channels than most other TV antennas on the market, and Wellco's antennas are the #1 rated HDTV antennas in the United States.

The FTC also alleged that Wellco used fake consumer endorsements in its advertising (which were just pulled from competitors' ads).  In addition, the FTC alleged that the company also used web pages that appeared to reproduce objective news reports and misrepresented that objective news reporters had performed independent tests demonstrating the effectiveness of the antennas.

This enforcement action is chock-full of good guidance for marketers looking to avoid problems with their own advertising.  With the first day of spring only days away, here are a few important take-aways if you're planning to do some spring cleaning of your own advertising:

"People should be able to trust the claims companies make, not discover after buying that they were told lies" -- Daniel Kaufman, Acting Director, FTC Bureau of Consumer Protection 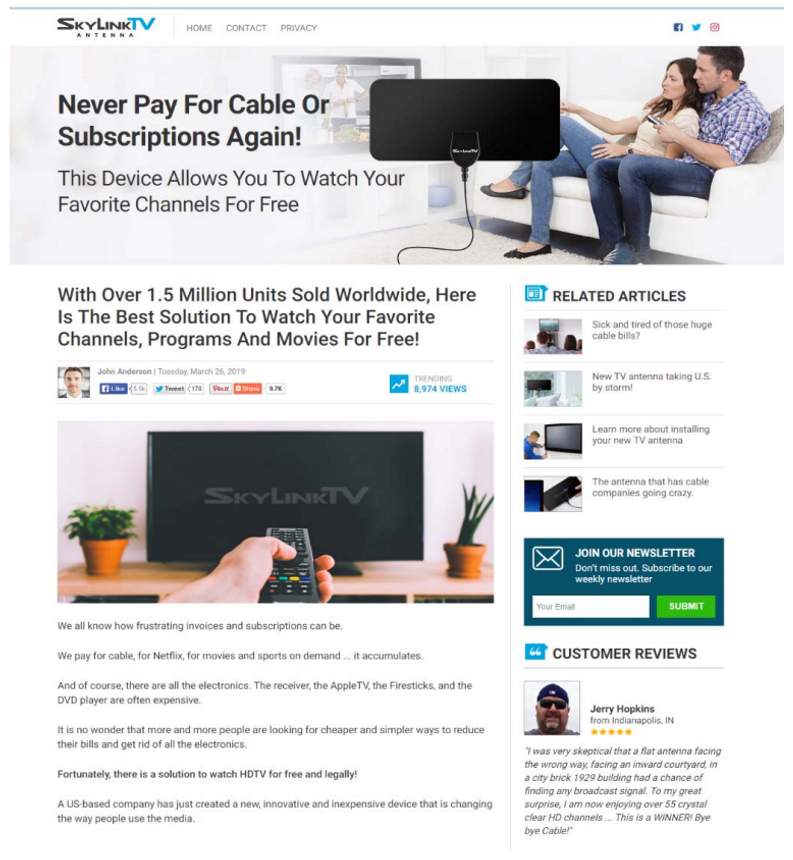