The Lion's Den is an "adult" bookstore that sells adult-oriented books, magazines, and other items.  Located just off of Exit 251 on I-65 in Upton, Kentucky, much of the store's business comes from interstate drivers.  One of the ways that the Lion's Den advertises to these drivers is that it has a billboard that is affixed to a tractor-trailer which is parked right near Exit 251.  The billboard reads, "Lion's Den Adult Superstore Exit Now."

The Kentucky Department of Transportation ordered the Lion's Den to remove the billboard on the grounds that the sign violated the Kentucky Billboard Act, which prohibits off-site billboards that are not securely affixed to the ground, unless a permit has been obtained.  The Lion's Den then sued the State of Kentucky, arguing that the Act violated the First Amendment.  The district court agreed and the Sixth Circuit affirmed.  Here's why.

The core issue in this case is that the Kentucky Billboard Act places restrictions on billboards that promote off-site activities that it doesn't place on billboards that promote on-site activities.  In other words, a mobile billboard parked in your store's parking lot is fine, so long as it only promotes your store.  But, if that same billboard promotes another store, it isn't.  Because "the message on the billboard makes all the difference," the court held that the Act was a content-based regulation of speech, which requires strict scrutiny in order to pass muster under the First Amendment.

The Sixth Circuit held here that it did not pass strict scrutiny, since the State failed to show that the Act "furthers a compelling governmental interest and is narrowly tailored to that end."  The court said that the State's arguments about promoting safety and aesthetics were not persuasive, since there's no reason to think that a billboard promoting an off-site activity creates greater threats to safety, or poses a bigger eyesore, than billboards promoting on-site activities.

"Because the message on the billboard makes all the difference, the Act amounts to a content-based regulation of speech" 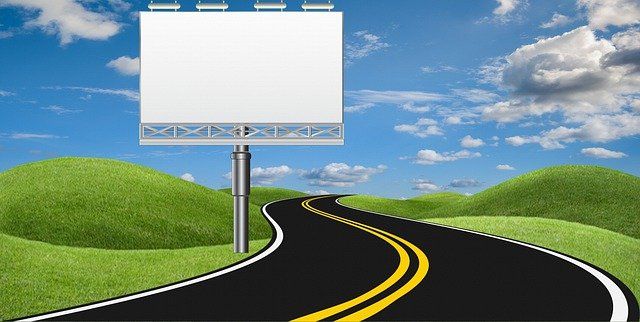