2020 saw many game-changing legal developments – developments that will continue to affect the interactive entertainment industry in 2021. Following on Part I, here's Part II of the 33 legal areas all developers and publishers should keep in mind as we embark on a new year.

Cases and Other Legal Updates

Here – in alphabetical order – are 20 cases and other legal developments that developers and publishers should stay on top of in 2021.

Not only are functional software and hardware updates important for expanding accessibility, but consulting with advocacy groups to address user design and representation in characters and narratives are additional areas for inclusion. For example, one prominent game developer was the subject of controversy for describing a character in its game as: "horribly burned in a childhood accident”; “is terrified someone will see her disfigured face”; and “she relieves her fury with bursts of violence." In short, content itself is now subject to accessibility scrutiny.

Biometric Information: Recent decisions have made it easier to bring private actions arising from the use of biometric data – for example, under Illinois’s Biometric Information Privacy Act. Developers and publishers are therefore advised to review whether any biometric information is collected in any services/experiences/products, either from consumers or employees.  In addition to Illinois -- Texas, Washington, California, New York and Arkansas also have privacy laws that cover biometric information.

Movement Data: A recent study has shown that anonymized and de-identified movement data of VR users could be analyzed by machine learning algorithms to correctly identify 95% of the 511 participants, when using less than five minutes of tracking data per person. It is important to consider what movement data is truly anonymous/de-identified before using it without consent.

A gaming app was the subject of a complaint concerning, in part, the applicability of its terms of service. In this case, in creating their accounts, users were asked to submit certain demographic information, including date of birth, and prior to submitting such information acknowledge via a “NEXT” button that they agreed to the terms of service and privacy policy, which were hyperlinked below the “NEXT” button. The court held that this call to action was sufficient to bind the users to the terms of service and privacy policy. The opinion noted that “the agreement falls somewhere between browsewrap and clickwrap: users do not have to take an extra step to acknowledge the agreement before creating their accounts, but [it] does not attempt to bind users with a passive statement about the existence of the terms either.” Bigger fonts, contrasting colors, and a second click-thru explicitly acknowledging terms and policies help reduce the risk that a court will deem your terms and policies unenforceable against users.

The growth of online game and social interaction has contributed to an increase of harassment and abusive behaviors, and platforms have responded by implementing and enforcing Terms of Service, Codes of Conduct, and Community Guidelines governing online behavior by users; and Content Moderation policies governing company platform moderators. However, the enforcement of these terms, guidelines and policies has been the subject of scrutiny. Indeed, the content subject to such policies and moderation has led to controversy (whether, for example, such behavior is protected by the first amendment) and the practice of content moderation itself has led to controversy (whether content moderators have access to necessary support, including mental health support, in order to safely review such content). As such, the policies behind content moderation and the practice itself are likely to be the subject of scrutiny in 2021.

Tattoos: One game developer has been the subject of two recent lawsuits concerning tattoos featured on athletes in several of its games. Unfortunately, the outcomes of these two cases are divergent. In one, the court held that the use of the tattoos was de minimis, subject to an implied license from the tattoo artist, and also likely a fair use. In the other, the court essentially held the opposite, but sent the questions of implied license and fair use to a jury. As such, while there does appear to be indications that the use of tattoos in video games may be fair use and subject to implied license in the future, currently use of tattoos in video games continues to carry risk.

Emotes: Another game developer has been subject to various copyright infringement lawsuits concerning the use of dance emotes. Most of these lawsuits failed, on the theory that short dance moves do not qualify for copyright protection. However, the developer is now subject to a series of new lawsuits concerning the dancing emotes claiming unfair competition, misappropriation of likeness, false endorsement, trademark dilution and trademark infringement. In response, the developer is arguing these claims are more appropriately governed by copyright law, or are encompassed by the First Amendment right to freedom of expression. The takeaway is that while the use of dancing emotes may not constitute copyright infringement, such emotes are still the subject of other legal theories and legal review -- and continue to carry risk.

The impact of events related to the MeToo, Black Lives Matter, Hong Kong and other protests have caused consumers to expect a certain amount of transparency from companies as to their stance on social issues, harassment, diversity and inclusion, the environment, data ethics, etc. This is expected to continue through 2021.

China’s curfew continues to prohibit minors under 18 from playing online video games between 10:00 PM and 8:00 AM, and limits play to 90 minutes of gaming per day (3 hours on weekends or holidays).

South Korea’s curfew bans minors under 16 from playing online games between midnight and 6:00 AM, but parents can request to lift the ban for their children.

The US, China, and EU have adopted tighter restrictions on exports of dual-use items, including cyber surveillance technology, in circumstances where, for example, a transfer to a foreign country poses a threat to national security. As such, any international transfer or use of technology and/or data may be subject to additional scrutiny throughout 2021.

Harassment in gaming is likely to continue to be the subject of conversation, and potentially legal review, for the foreseeable future. Indeed, one study released in July of 2020 found that 68% of users of online multiplayer games experienced harassment in the prior six months and 22% stopped using certain games entirely due to such harassment. The Anti-Defamation League in the US released a report finding gamers experienced hate and harassment while playing and issued recommendations that developers and publishers improve content moderation processes and reporting systems -- including monitoring voice chat to enforce such policies. How platforms handle harassment, particularly via content moderation (see above), is likely to be of concern to platforms and users throughout 2021.

Loot boxes continue to be the subject of legal review around the world. Indeed, 2020 saw legal actions concerning loot boxes brought in the United States, Canada, and the Netherlands, among others, alleging, generally, that loot boxes constitute unlawful gambling.

The Entertainment Software Association has made commitments to publish disclosures related to loot boxes and randomized items. The major console ESA members, including Sony Interactive Entertainment, Microsoft, and Nintendo, are committing to new platform policies that will require paid loot boxes in games developed for their platforms to disclose information on the relative rarity or probability of obtaining randomized virtual items. These required disclosures will also apply to game updates, if the update adds new loot box features. Additionally, many prominent ESA publisher members will disclose the relative rarity or probability of obtaining in-game virtual items from purchased loot boxes.

The FTC held a workshop to assess consumer issues related to loot boxes. The FTC released a staff perspective, summarizing the results of the workshop, available here. Recommendations from the workshop include:

One game and device developer has been subject to lawsuits domestically (class-action suit filed in Washington, and an action filed in California) and internationally (French regulatory action brought by French consumer organization) related to product defects that effect consumer game play. In particular, the complaints filed in the United States allege that the device is defective because its controllers register movement without user command. The complaints further allege that the developer has been aware of these defects, but has failed to notify consumers and refused to remedy the defect. The complaint in California seeks $5 million in damages.

In South Korea, an amendment to the Game Industry Promotion Act to simplify the ratings process via a questionnaire system is expected to take effect by the end of 2021.

The collective bargaining unit of video game publisher signatories to the SAG-AFTRA Interactive Media Agreement (IMA) agreed to a two-year extension of the 2017-2020 IMA through 2022, with standard 3% wage increases per year and a 0.5% increase for health and retirement contributions. 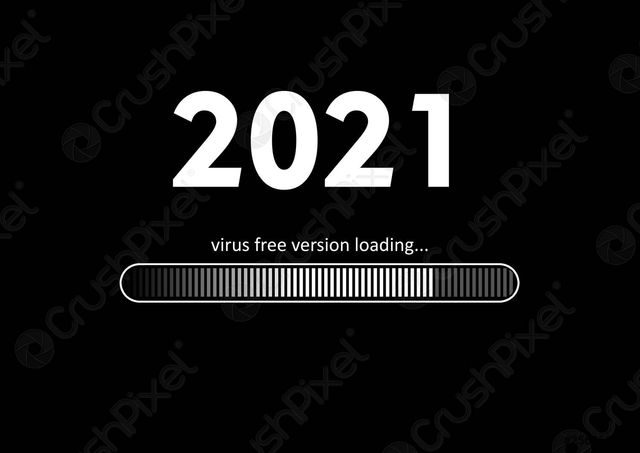