Facebook announced that it banned the marketing firm Rally Forge from using the platform after it determined that the firm violated Facebook's policies against engaging in coordinated inauthentic behavior.

Facebook defines "coordinated inauthentic behavior" as a situation "when groups of pages or people work together to mislead others about who they are or what they're doing."  Facebook emphasized, however, that when it goes after coordinated inauthentic behavior, Facebook focuses on "behavior rather than content, whether they’re foreign or domestic, and regardless of who’s behind them or what they post."

Facebook said that the coordinated inauthentic behavior here involved the use of fake accounts to comment on other people's content.  Some of the content involved, "criticism of the Democratic party and presidential candidate Joe Biden, and praise of President Trump and the Republican party."  Facebook said that, as part of its investigation, it removed 200 Facebook accounts, 55 Pages, and 76 Instagram accounts.

Facebook said, "Although the people behind this network attempted to conceal their identities and coordination, our investigation linked this activity to Rally Forge, a US marketing firm, working on behalf of Turning Point USA and Inclusive Conservation Group."

This week's action by Facebook is an important reminder to advertising agencies and their clients of the importance of complying with Facebook's rules -- and, in particular, not engaging in conduct that deceives consumers about the source of Facebook and Instagram posts.  If Facebook determines that you've violated its rules, you may end up getting banned. 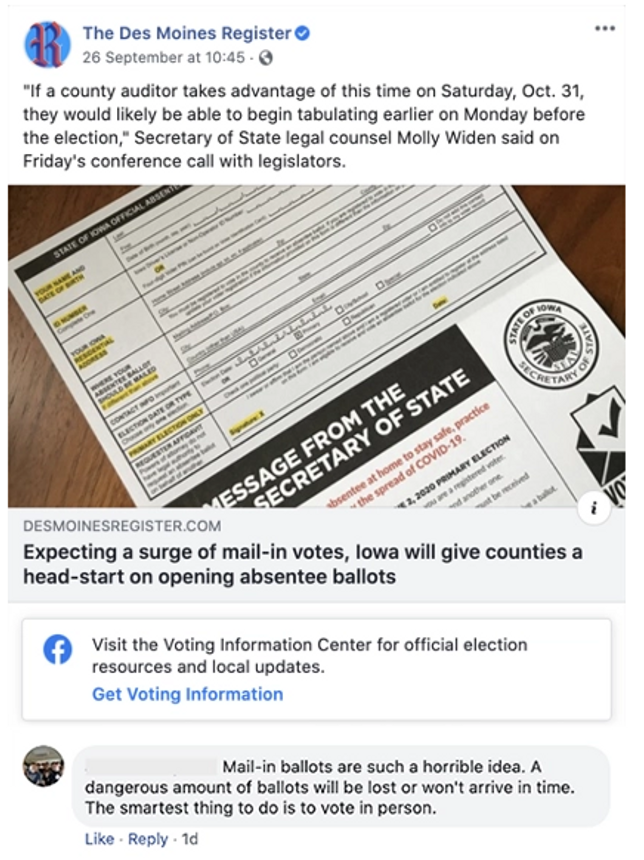