Is it misleading to market your product as "wasabi peas" if the product isn't made with wasabi?  Surprisingly, that was the issue in a recent case in federal court in California.  (H/t Rebecca Tushnet.)  Even more surprising, perhaps, is the answer.

JFC International and Hapi Foods both sell products called "wasabi peas."  Their products -- and almost all other "wasabi" products sold in North America -- are not made with wasabi (wasabia japonica), but are in fact made with horseradish (amoracia rusticana).  As you might expect, a class action complaint was filed, alleging that the plaintiffs were misled by the product packaging that claimed not only that the peas were "wasabi peas," but that they were "wasabi coated green peas."

Apparently, the reason companies use horseradish (and green dye!), rather than wasabi, is that wasabi is expensive (as much as $113 per pound) and horseradish is not (only about $6 per pound).

The defendants moved to dismiss, arguing lack of subject matter jurisdiction and failure to state a claim.  And the court agreed.  While some of the issues can be traced to deficiencies in how the case was plead, the court did reach some interesting (and, perhaps, eye-watering) conclusions.

First, the court seems to say that since most "wasabi" products -- including any others that the plaintiffs are likely to buy -- are actually made with horseradish, the plaintiffs failed to establish they were injured by buying the defendants' products in particular.  In other words, you can't argue that you were damaged because you chose these, as opposed to others, since you weren't getting actual wasabi no matter what.

Second, the court also concluded that, because "wasabi" products are generally made from horseradish, the plaintiffs must have known that that "wasabi coated" actually meant "horseradish coated."

Third, the court dismissed the notion of a "reasonable consumer" standard here and, instead, looked to the fact that the plaintiffs said that they had reviewed the packaging prior to purchasing it.  The court said that, if they reviewed the packaging, they must have seen the ingredient list on the back, which didn't include wasabi, but did include horseradish and green food coloring.

Perhaps one useful thing to take away from this decision is that, when interpreting advertising claims, it's important to consider the context in which the claims are made, which can certainly include consumers' prior experiences with the product and those claims.  Another useful thing to take away is that, if you want actual wasabi in your wasabi peas, you'd better check the ingredient list before you buy.

"Unless that fact has recently become known to them, 'wasabi coated' must have implied 'horseradish coated' to plaintiffs at the time of purchase" 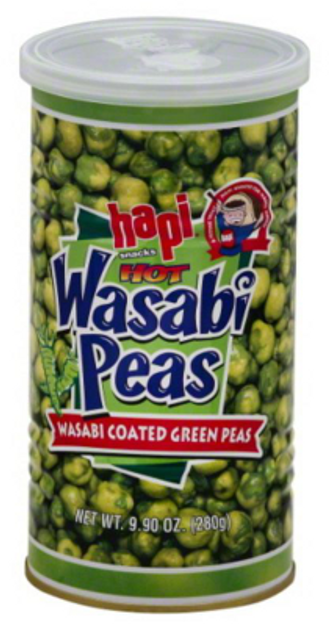 Should an Advertising Agency Display Client Work on its Website After the Relationship Ends?
Jeff Greenbaum
Recent posts from Advertising Law Updates