Since 2018, Pinterest has banned all political advertising, including ads for the selection or defeat of political candidates, ads from political parties or action committees, ads about political issues with the intent to influence an election, and ads about legislation, including referendums and ballot initiatives.

Pinterest also emphasized that it is "committed to combating misinformation on Pinterest — and in this election season, that commitment is stronger than ever."  Pinterest said that its Community Guidelines prohibit false or misleading content that impedes an election’s integrity or an individual's or group's civic participation, such as registering to vote, voting, or being counted in a census.  Pinterest said, "There are no exceptions to this rule — including for public figures."

"As we get closer to Election Day, we know public discourse will grow louder" 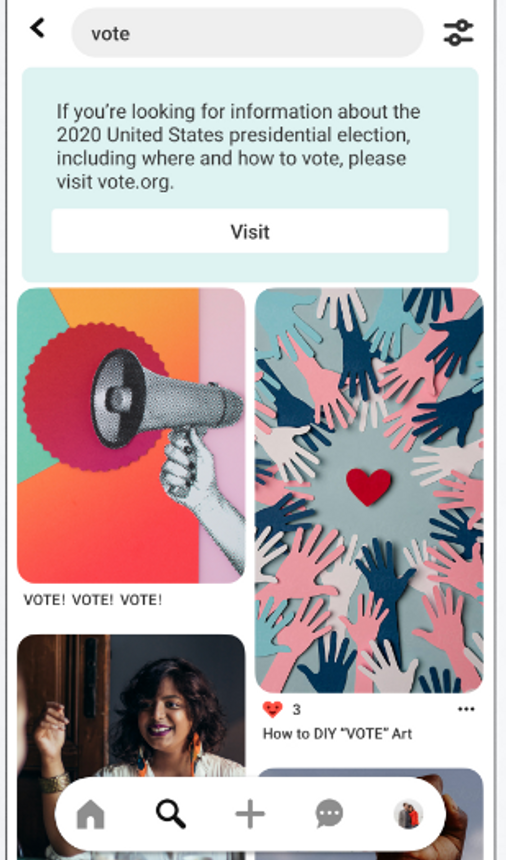