As part of a Father's Day promotion, Kings County Distillery ran a sponsored post on Facebook promoting a "Father's Day Whisky Pack."  The post featured a photo of one of the company's founders holding a small bottle of whisky and his three-year-old son, holding an even bigger bottle.  The post read, "This Father's Day, get Dad what he really wants:  bourbon & more bourbon."

A complaint was filed with the Distilled Spirits Council of the United States, alleging that the advertising violated the DISCUS Code of Responsible Practices for Beverage Alcohol Advertising.  After reviewing the complaint, the DISCUS Code Review Board agreed that the ad did violate its Code.

DISCUS also said that the ad violated Code provision B1, which says that, "Beverage alcohol advertising and marketing materials should portray beverage alcohol products and drinkers in a responsible manner and reflect generally accepted contemporary standards of good taste."  Here, DISCUS said that the ad failed to portray products in a responsible manner because it depicted "a bottle in the hands of a small child."

DISCUS determined, however, that the ad didn't violate other Code provisions, because the ad does not primarily appeal to individuals below the legal purchase age or have a special attractiveness to young people.

"This Father's Day, get Dad what he really wants: bourbon & more bourbon" 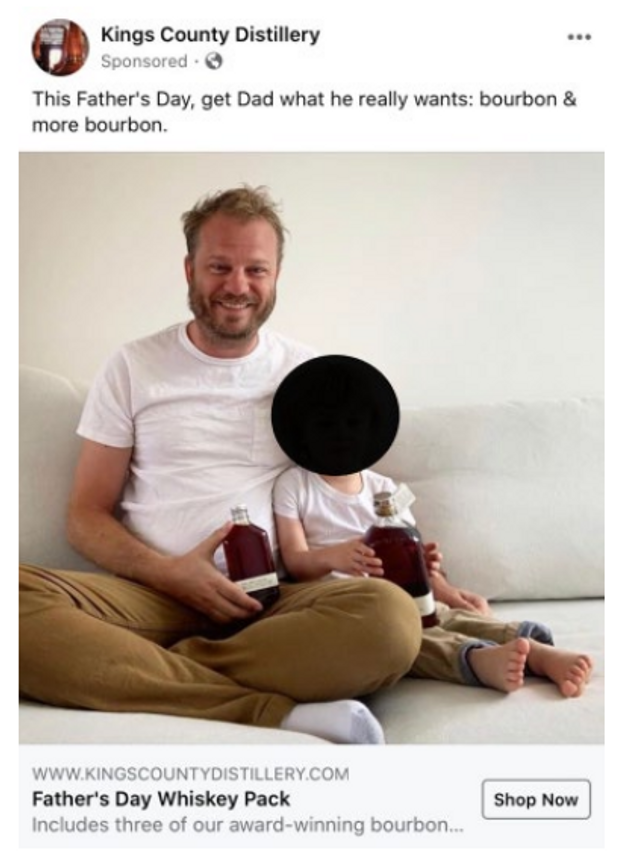