I was sitting on my couch this weekend buried in my phone. Tapping furiously, I swapped multicolored candies back and forth. Ultimately I wasn’t able to rise to the challenge of my Candy Crush level and I watched my life counter tick down to zero. Curly candy letters popped up –- “Continue?” the game asked -- prompting me to buy extra lives with my credit card. Under the prompt to purchase, a gold scroll appeared emblazoned with the text “Watch a video to get a free spin!” I tapped the scroll and sat through a thirty second advertisement selling me the saccharine successor to my particular version of Candy Crush. In exchange for my time and attention, I was awarded an extra life and another go at my level.

While this type of advertising in mobile games is largely accepted as part of the mobile gaming ecosystem, one subset of video games where in-game advertising is less explored is console games. Historically speaking, consumer reception of advertising in games on their Xbox, PlayStation, and other consoles has been mixed. Some advertising integrations have a cult following for their over-the-top nature and quirky tie ins; many gamers will fondly recall Square Enix’s partnership with Nissin instant noodles in Final Fantasy XV, complete with side quests, in-game branding, and special downloadable content including a Nissin Cup Noodle hat. But for each Cup Noodle hat feverishly sought after by gamers and critics, there seems to be a juxtaposed advertising integration on consoles balked at by consumers as ”distracting,” “omnipresent,” or “annoying.”

Rather than viewing successful in-game advertising on consoles as an elusive matter of luck spawned from clever campaigns, advertisers now are looking to adapt the tried-and-true practices employed in mobile games to integrate advertising into console favorites. Just this month, Experian ran a test campaign in Electronic Arts’ UFC 3 for its Experian Boost product. To players of mobile games, Experian’s integration on Xbox and PlayStation is all too familiar. In exchange for watching Experian’s short video commercials (which are optional), players receive points or other rewards that they can use in-game in UFC 3. Experian’s UFC 3 test campaign follows on the heels of similar UFC 3 campaigns run by WarnerMedia for Rick & Morty, Snowpiercer, and The Match. The benefits offered by this adaptation of mobile advertising are twofold. First, the advertising experience is one that is familiar to gamers, especially mobile gamers who may be exposed to similar advertising techniques in their phone games. Second, by making the advertisements opt-in for a reward the ads are less intrusive by design, making gamers less likely to view the ads as an annoying detractor and more as a tool they can use to progress.

Although this expansion of in-game advertising is still in its nascent stages, its early promise offers a solution to advertisers looking to crack the tough market of console games. Developers, publishers, and advertisers stand to benefit from the additional revenue streams, ability to hyper-target consumers, and relative ease with which these systems can be integrated into console play. For players, these ads can offer a means to obtain items and perks that otherwise would require an in-game purchase, easing progression for completionists or those otherwise stumped by an in-game challenge. And while the ultimate ubiquity of this advertising technology remains to be seen, I for one welcome any chance to prop up my lackluster console chops in exchange for a moment of my time. 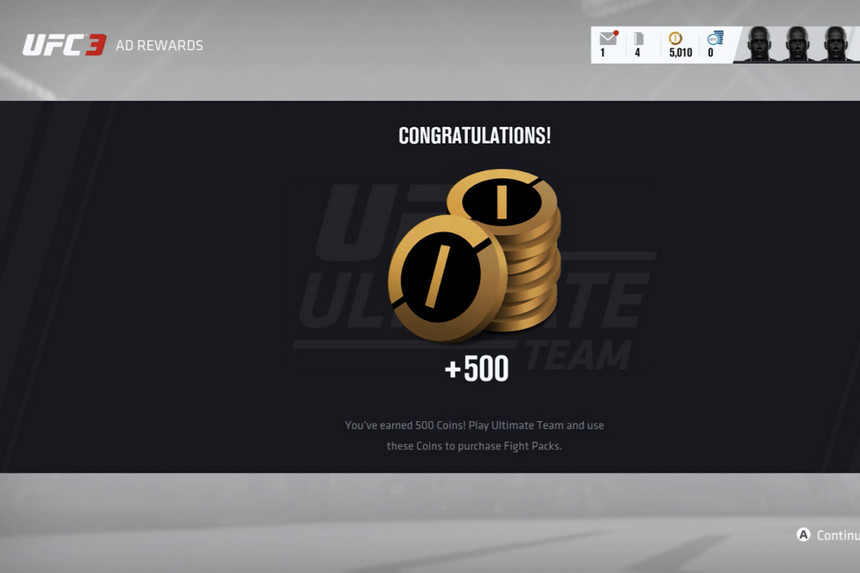 Betting Against the House? House of Lords Gambling Committee Calls for "Immediate" Regulation of Loot Boxes as Gambling.
Anonymous

May I Have This Dance? Epic Games Prevails in Second Dance Emote Suit.
Anonymous