Massachusetts Attorney General Maura Healy sent a cease and desist letter to Phantom Fireworks, telling the company to stop advertising the sale of fireworks to Massachusetts residents.  What does Attorney General Healy have against John Adams' wish that the signing of the Declaration of Independence be celebrated by, "Illuminations from one End of this Continent to the other from this Time forward forever more"?

It turns out that Massachusetts law prohibits the selling of, the offering to sell, and the use of fireworks in the state in most situations.  Just so there's no confusion about what is prohibited, the law explains that the prohibition includes fireworks such as, "firecrackers, cherry bombs, silver salutes, M–80's, torpedoes, sky-rockets, Roman candles, sparklers, rockets, wheels, colored fires, fountains, mines, serpents or other fireworks of like construction."

In addition to violating that law, AG Healy also alleged that the company violated the state's general consumer protection law, which prohibits "unfair or deceptive acts or practices."

AG Healy said that Phantom Fireworks mailed advertisements to consumers in Massachusetts offering to sell them fireworks, highlighting the proximity of the company's New Hampshire retail stores to the cities of Boston and Springfield, Massachusetts, and encouraging celebrate the holiday "in backyards across America."

In a statement, AG Healy said, "Phantom Fireworks knows its products are illegal in Massachusetts, yet we are hearing that residents are getting their advertisements in the mail.  We sent a cease and desist to stop this intentional marketing scheme and prevent more of these unsafe products from being brought into our neighborhoods.”

As we celebrate our independence this weekend in the United States, this case is a good reminder that freedom doesn't necessarily give you the right to advertise whatever and wherever you want.  It's important to check to make sure that it's legal to advertise your product in the states where you plan to sell them.  State laws on advertising vary widely, in often unexpected ways.  And, even if it's legal to advertise a product in a state, you should also consider whether it's legal to use that product in the state.  If it's not, regulators may charge you with engaging in unfair or deceptive acts or practices by promoting products to consumers that they mistakenly thought they would be able to use.

Whether or not your celebrations this weekend involve fireworks, I hope you have a safe and restful long weekend. 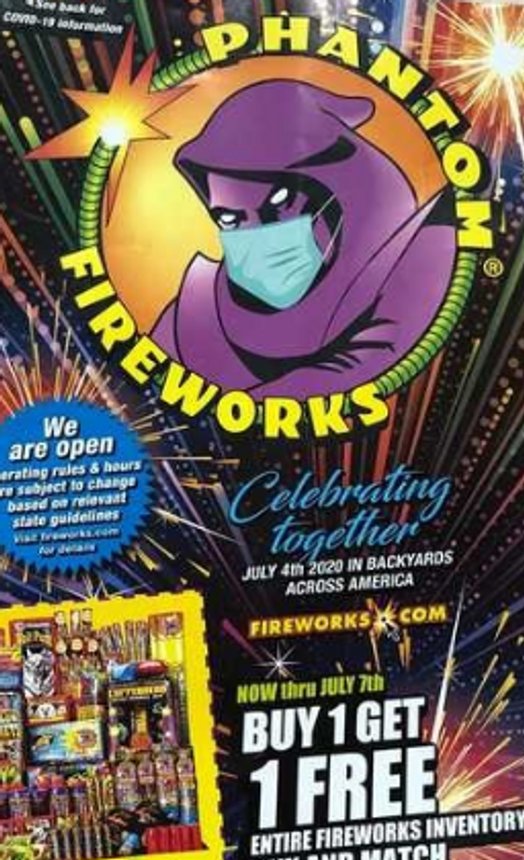