GODIVA was founded in 1926 in Brussels, Belgium.  According to GODIVA's website, "The underpinning of our incredible chocolate has, and always will be, an authenticity that flows from our proud Belgian heritage.  Our Belgium 1926 logo reflects this spirit, paying homage to the time and place where our story first began . . . ."

Does GODIVA's "Belgium 1926" logo -- which appears on GODIVA's packaging and marketing materials --  only convey that the company was founded in Belgium in 1926 or does it also communicate that the company's chocolates are currently made in Belgium?

In a lawsuit brought in the United States District Court for the Southern District of New York, the plaintiff alleged that he was misled by GODIVA's "Belgium 1926 logo."  He said that he bought GODIVA chocolates believing they were made in Belgium, when, in fact, they were made in Reading, Pennsylvania.  (If it's Wednesday, this must be Pennsylvania?)

Why does this matter?  Well, according the plaintiff, Belgian chocolates are better.  He alleged, "Belgium is widely understood and recognized as producing among the highest quality chocolates in the world."

Applying the "reasonable consumer" standard, the court considered whether "consumers are likely to be deceived by a representation."  In making this determination, each representation isn't viewed in isolation, but, rather, "courts view misleading advertising claims in light of the context of the whole label or advertisement."

GODIVA argued that no reasonable consumer would be misled by its "Belgium 1926" logo, saying that the representation is a "factually accurate phrase that imparts an unambiguous and historically accurate message" -- in other words, the message that the company was founded in Belgium in 1926.  The court didn't buy this argument, however.  The court wrote, "an equally, if not more, plausible inference is that the phrase represents both the provenance of the company -- Belgium, in 1926 -- and a representation that its chocolates continued to be manufactured there."

The court also noted that there were no clear cues on the company's packaging or marketing materials that communicated that the product was not made in Belgium.  The court noted that GODIVA's "chocolates do not represent that that they are of a Belgian style -- the representation states 'Belgium 1926.'"

GODIVA also argued that any potential deception was cured by the use of the date 1926.  Why?  Because for a consumer to be deceived into thinking "Belgium 1926" means that the chocolates were made in Belgium, "the consumer must also believe that the products she is purchasing were made almost one-hundred years ago -- a clearly unreasonable belief."  The court again, didn't bite, saying, "A consumer could reasonably believe that Godiva was founded in Belgium in 1926, as Godiva contends, and that the representation on its products of this heritage means that its products continue to be manufactured in that location."

So, at least at the motion to dismiss stage, the court wasn't convinced that reasonable consumers would understand what "Belgium 1926" means.  This case is another great reminder that, when you've got a potentially ambiguous claim in your marketing materials, you open yourself up to challenges that the claim is subject to more than one reasonable interpretation.  Since marketers are typically responsible for all reasonable interpretations of their advertising, if you've got a a claim that is subject to multiple, reasonable interpretations, you may want to consider modifying the claim to make it clear exactly what you do mean.  While "Founded in Belgium, Made in Pennsylvania" may not have been the marketing message GODIVA was looking for, the court's decision would have looked a lot different if that's what they were using. 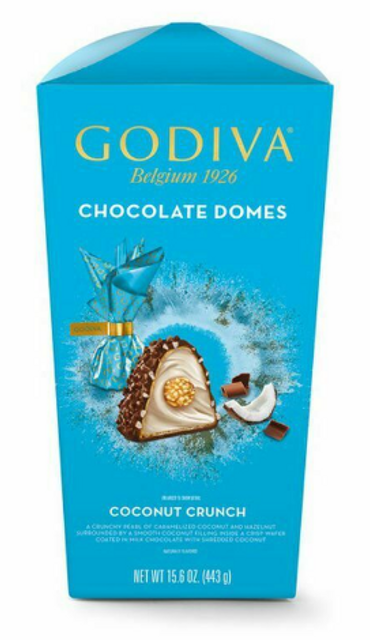