Plaintiff Lanard makes a chalk holder designed to look like a pencil. The court's opinion is silent on the burning question of why anyone needs a device to hold a piece of chalk. But a market for this type of product clearly exists because defendant Ja-Ru began selling a competing chalk holder in 2017. It is undisputed that Ja-Ru used Lanard's chalk holder as a reference when it designed its product. Here are the products, side by side: 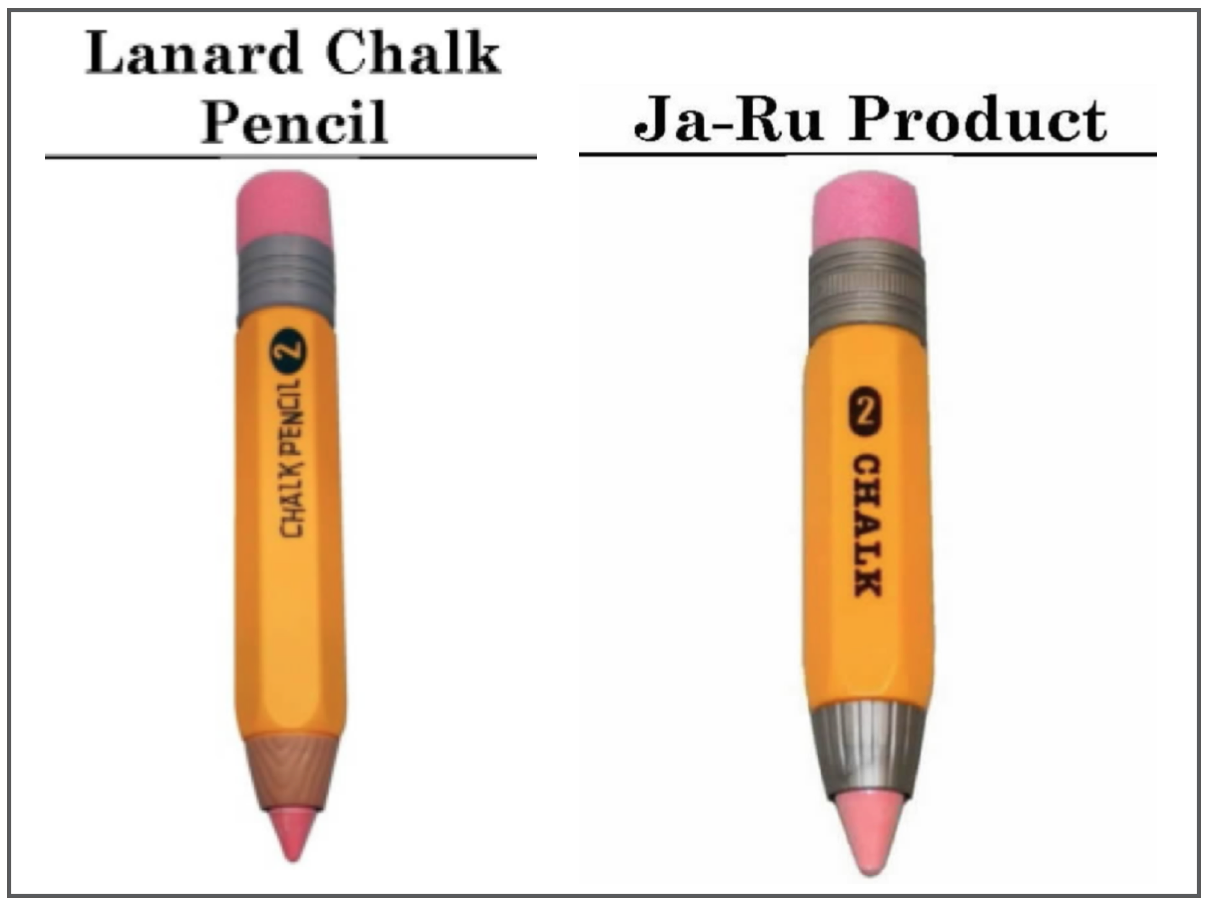 Build a better chalk holder, and the world will beat a path to your door. Shortly after Ja-Ru's chalk holder hit the market, defendants Dolgencorp (a distributor) and Toy R Us (a national retailer) stopped ordering Lanard's product and began buying Ja Ru's. Lanard sued, alleging copyright, design patent, and trade dress infringement, as well as unfair competition under federal and state law. (This post will deal only with the copyright claim.)

The Copyright Act defines a "useful article" as “an article having an intrinsic utilitarian function that is not merely to portray the appearance of the article or convey information." (17 U.S.C. § 101.) Clearly, Lanard's chalk holder was a "useful article" due to its utilitarian (if entirely unnecessary) function: holding, and facilitating writing or drawing with, chalk. The design of a useful article is entitled to copyright protection "if, and only to the extent that, such design incorporates pictorial, graphic, or sculptural features that can be identified separately from, and are capable of existing independently of, the utilitarian aspects of the article." (Id.) Thus, the relevant question was whether Lanard's product incorporated features that were sufficiently “separable” from its utilitarian aspects.

Lanard argued that its product design - which it described as a "cartoonish No. 2 pencil design" - was entitled to copyright protection as a sculptural work because the design elements were separable from the product's function as a chalk holder. The district court didn't buy it, finding that "the pencil design does not merely encase or disguise the chalk holder, it is the chalk holder." The Federal Circuit agreed, noting that "[i]n attempting to identify separable features, 'the feature cannot itself be a useful article'” (quoting Star Athletica, L.L.C. v. Varsity Brands, Inc.), and finding that "Lanard’s copyright registration is for the chalk holder itself, and Lanard’s arguments in the district court and in this appeal merely confirm that it seeks protection for the dimensions and shape of the useful article itself." Moreover, the Federal Circuit found that Lanard was "essentially seeking to assert protection over any and all expressions of the idea of a pencil-shaped chalk holder," which was improper under 17 U.S.C. § 102(b). 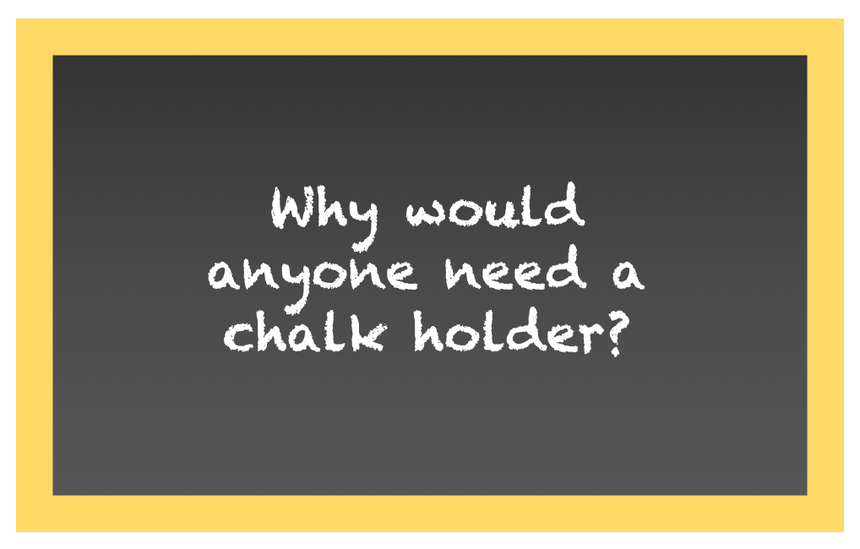