This is a story about the cold-blooded murder of a rock star, the reissue of his famous guitar without permission from the friend who customized the instrument with attention-grabbing artwork, and allegations of copyright infringement. Notify Netflix  immediately! This could be the next Tiger King.  (And, no. Nothing any of you has said has shaken my faith in Carole Baskin's innocence in the killing of her first husband.)

In the mid-1980s, plaintiff Buddy Webster (who goes by the sobriquet "Buddy Blaze") physically modified (he calls it "hot rodding") a Dean ML guitar and then arranged for an artist to paint a lightning storm graphic on it. Webster claims to own the copyright in the graphic design. In 1987, Webster gifted the guitar to his friend Darrell Abbott, the late and much-admired guitarist of the heavy-metal band Pantera (who went by the sobriquet "Dimebag Darrell"). Abbot christened the instrument the "Dean From Hell," and the name stuck.

In 2004, a deranged fan shot and killed Abbott during a performance at the Alrosa Villa nightclub in Columbus, Ohio. In the wake of this tragedy, defendant Dean Guitars, with the consent of Abbott's estate, began selling a guitar called the "Dean From Hell," which included the lightening storm design. Dean did not obtain Webster's authorization. Over the years, Dean has issued multiple versions of the "Dean From Hell" bearing the design, including this limited edition "Dimebag Commemorative" (currently for sale on Dean's website for $3999):

Webster learned about the sales of the reissued "Dean From Hell" guitars in December 2004, and, in the decade that followed, occasionally complained to Dean about the matter. The relationship between Webster and Dean appears to have been a complicated one because, during this same period, Webster also collaborated with Dean on the sale of his own signature guitar model (dubbed the “Buddy Blaze ML”) and participated in promotional videos about the history of the "Dean From Hell." Nevertheless, by 2016, Webster had (in his words) "finally had enough." So he registered his copyright in the guitar’s graphic design and sued Dean (and other defendants) for copyright infringement. (Webster also asserted other claims, including for unfair competition and false endorsement.)

The district court dismissed the copyright claim as time barred, and the Eleventh Circuit affirmed.

Section 507(b) of the Copyright Act provides that "[n]o civil action shall be maintained under the provisions of this title unless it is commenced within three years after the claim accrued." This case turned on when Webster's claim "accrued." To answer this, the Eleventh Circuit had to consider two questions:  (1) Was the gravaman of Webster's claim one of copyright infringement or copyright ownership? and (2) Does a different accrual standard apply for claims for copyright infringement and copyright ownership?

First, the court held that the district court had correctly characterized Webster’s claim as one primarily concerning copyright ownership. The parties did not dispute that Dean, for more than a decade, had reproduced the lightening storm design on guitars without Webster's consent. Instead, they disputed whether Webster actually owned the design in the first place. The court also noted that Webster was not entitled to a presumption that his copyright was valid, because he didn't get around to registering the design until three decades after the creation of the original "Dean From Hell." See 17 U.S.C. § 410(c) (a "certificate of a registration made before or within five years after first publication of the work shall constitute prima facie evidence of the validity of the copyright and of the facts stated in the certificate.")

Second, the Eleventh Circuit joined other circuits to hold that different accrual standards apply to ownership and infringement claims. The court began its analysis with Petrella v. Metro-Goldwyn Mayer, Inc., 572 U.S. 663, 670 (2014), where the Supreme Court confirmed that a copyright infringement claim "accrue[s]" when the infringing act occurs, and that each separate act of infringement - i.e., each reproduction, each distribution, etc. - triggers a new three-year limitations period. However, because Petrella involved the timeliness of infringement claims, the Supreme Court had no occasion to address when an ownership claim accrues. The consensus view among the circuit courts - both before and after Petrella - is that copyright ownership claims accrue only once. In the Sixth and Ninth Circuits, ownership claims accrue when “there is a plain and express repudiation of ownership by one party as against the other," and in the First, Second, Fifth, and Seventh Circuits, they accrue “when the plaintiff learns, or should as a reasonable person have learned, that the defendant was violating his rights.” Why the distinction between infringement claims and ownership claims? As explained by the Seventh Circuit:

This distinction makes sense for purposes of claim-accrual analysis. In the ordinary infringement case, ownership is not in dispute. Instead, the focus is on the infringing acts - the nature and scope of the unauthorized work - and any defenses to liability (i.e., “fair use”). But disputes about copyright ownership are different. Unlike an ordinary infringement case in which each infringing act is a discrete wrong triggering a new limitations period, ownership claims accrue only once, when the claimant receives notice that his ownership has been expressly repudiated or contested.

The Eleventh Circuit chose the approach taken by the First, Second, Fifth, and Seventh Circuits and held that "Webster’s copyright ownership claim accrued when he knew, or reasonably should have known, that his ownership rights in the lightning storm graphic were being violated." The court found that, at the very latest, Webster was on notice that his alleged ownership rights were being violated in 2007 when, in an email responding to his complaint about the unauthorized sale of the guitars, Dean's CEO informed him that “the consensus concerning [the lightning storm graphic] is that [Abbott’s] estate is the legal owner of it." Accordingly, Webster's ownership claim was untimely because it had accrued (way) outside the three-year statute of limitations period. Finally, because Webster's claim for ownership was time-barred, the court concluded that his infringement claims were likewise barred since they logically followed from ownership. See also Seven Arts Filmed Entertainment, Ltd. v. Content Media Corp. PLC, 733 F.3d 1251 (9th Cir. 2013) ("allowing infringement claims to establish ownership where a freestanding ownership claim would be time-barred would permit plaintiffs to skirt the statute of limitations for ownership claims and lead to results that are 'potentially bizarre'"). 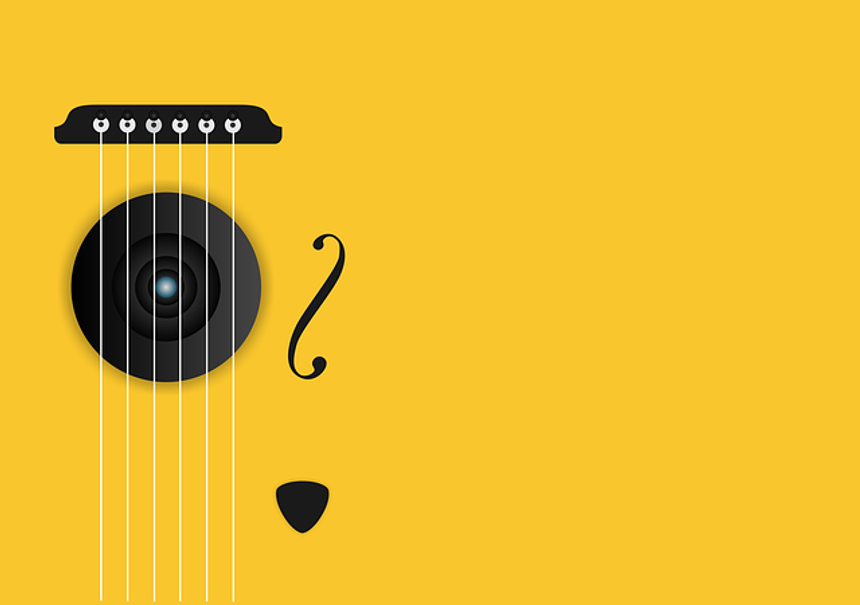