In the late 1980s, the music industry faced what it considered, at the time, to be an existential threat. A new category of digital recording products had hit the market – including digital audio tape (“DAT”) recorders – that gave consumers without any special tech expertise the ability to make nearly perfect digital copies of music. Gone was the snap, crackle and pop familiar to those (like me) who spent untold hours making home-made “mix tapes” on cassettes. A new digital age had begun. Mind you – this was more than 30 years ago. Digital music formats like MP3 were still a decade away. And the iPod and Napster were mere twinkles in the eyes of (respectively) Steve Jobs and Shawn Fanning.

In response to this perceived threat, Congress passed the Audio Home Recording Act of 1992 (the “AHRA”), 17 U.S.C. §§ 1001-1010. This innovative statute embodied a compromise between the music industry and device manufacturers. The AHRA requires, among other things, that device manufacturers pay a mandatory royalty on covered “digital audio recording devices.” One-third of those royalties are distributed to writers and publishers of compositions, and the remaining two-thirds goes to record labels and recording artists. This act also requires that manufacturers include copy-control systems in their devices to prevent second-generation copying. And, in exchange, manufacturers and consumers received immunity from copyright infringement actions based on the noncommercial use of covered devices.

Earlier this month, in Alliance of Artists and Recording Companies, Inc. v. Denso Int’l America, Inc, the D.C. Circuit addressed a super specific question of statutory interpretation under the AHRA:  is an audio recording device installed in a car that allows the owner to copy CDs onto the car’s hard drive for more convenient playback (sometimes referred to as “space shifting”) a “digital audio recording device” covered by the AHRA? If not, then manufacturers would not be required to pay royalties or include copy control technologies in their devices. While I suspect that few who read this blog have much occasion to deal with issues under the AHRA, I think the case is worthy of attention because the court provides a master class in cogent statutory interpretation of very technical provisions in the Copyright Act. 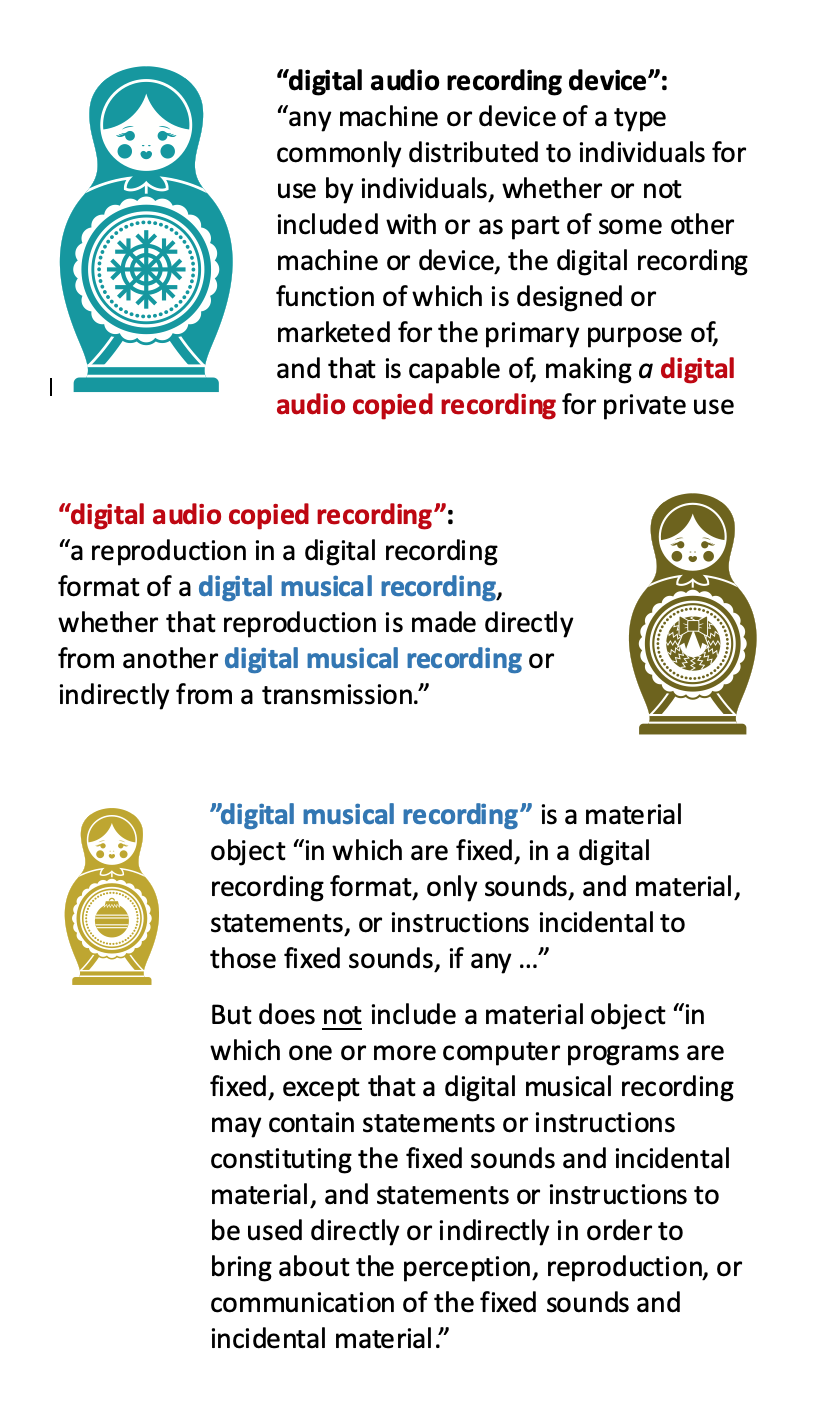 The court’s reasoning can be summarized by the following steps:

That’s only the top line summary; the decision is worth a full read (over a cup of coffee or, better yet, a glass of wine).

This case provides a nice (retro) example of the challenges that disruptive technologies can pose for copyright owners. It also provides a cautionary tale since, as the court noted, "the increased role of computers in digital audio recording has made the AHRA’s role more marginal than its proponents envisioned.” And the case calls to mind a classic Supreme Court case that addressed a disruptive technology from yesteryear: player pianos, the must-have technology for the early adopters in the late 19th century. In White Smith Music Pub. Co. v. Apollo Co., the copyright owners of two songs (with the twee titles “Little Cotton Dolly” and “Kentucky Babe”) sued a manufacturer for copyright infringement for failing to obtain a license to encode perforated piano rolls with their tunes. In that case, as in the D.C. Circuit’s AHRA decision, the Court was called upon to determine whether the technology at issue fell within the reach of the statutory language of the copyright law. There, as in the AHRA case, the question was answered in the negative. In White Smith Music, the Court concluded that the statutory term “copy” envisioned “a written or printed record of [the composition] in intelligible notation” such as sheet music, and did not extend to “parts of a machine” like a piano roll which were “not intended to be read as an ordinary piece of sheet music.” In a concurring opinion, Justice Holmes noted that “[o]n principle anything that mechanically reproduces that collocation of sounds ought to be held a copy, or, if the statute is too narrow, ought to be made so by a further act.” Only a few years later Congress heeded Justice Holmes’s call and passed the Copyright Act of 1909, which included a compulsory license for the distribution of “mechanical” embodiments of musical works. 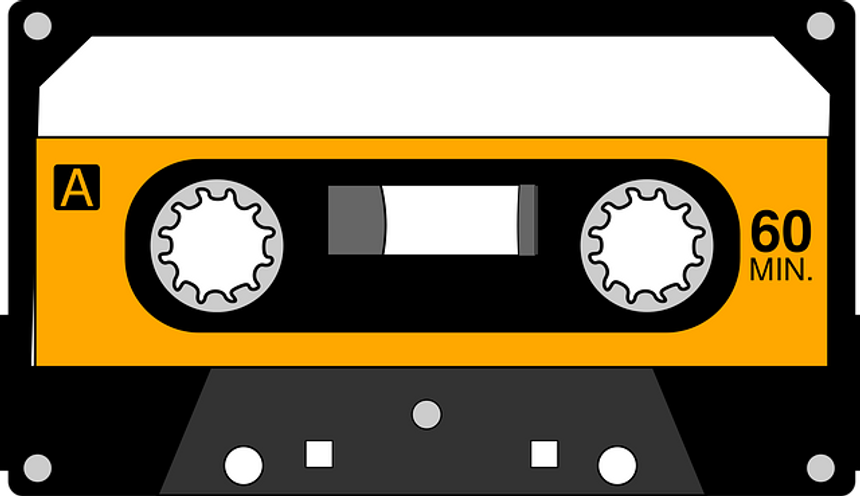