Major League Baseball said that it is dropping its joint promotion for Roger Waters' upcoming "This Is Not a Drill" tour, after being criticized by Jewish groups.  Waters is best known as one of the founders of the band Pink Floyd.

B'nai B'rith, for example, urged MLB in a letter to cease its partnership with Waters, who the organization said "is an avowed anti-Semite whose views on Jews and Israel far exceed the boundaries of civil discourse."  According to media reports, in response to the complaints, MLB said that it will stop promoting Waters' tour.

This incident is a great reminder of the importance of doing due diligence before partnering with someone on your advertising.  Today, more than ever, the public holds advertisers to a very high standard -- and it's not just limited to the celebrities that advertisers choose as their spokespeople.

Whether you're hiring a spokesperson, licensing content, accepting advertising, or licensing your own content for use on another's platform, you should make sure you've done sufficient due diligence -- including background, online, and social media checks -- so that you can feel confident that whomever you're partnering with represents your brand's values. 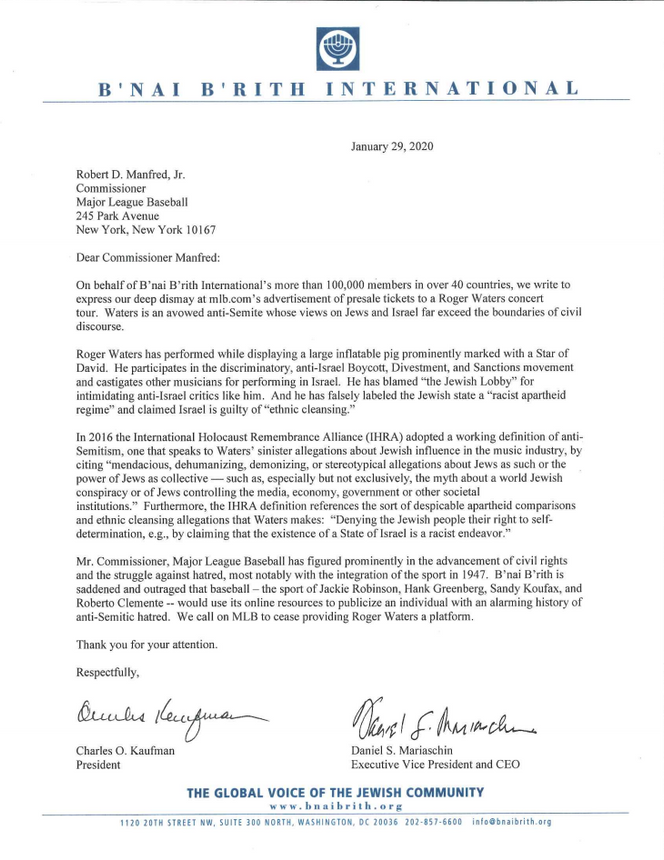