The litigants in this case are at opposite ends of the political spectrum. Their disagreements - including (and especially) about the election of President Trump - are profound. (We live in divided times.) They don’t encounter each other on a debate stage, at the office, over a holiday meal, or anywhere IRL. Instead, they square off in dueling YouTube videos. (We live in digital times.) They ended up in the federal court after the defendant created a video made up of copyrighted footage owned by the plaintiff without her authorization, and she didn’t like it. (We live in litigious times.)

This is their story.

Plaintiff Akilah Hughes - writer, comedian, and Brooklynite - is the creative force behind the YouTube channel  Akilah Obviously where she posts videos on sundry topics. On November 18, 2016, Hughes posted a nearly ten minute video entitled  We Thought She Would Win. The video opens with the arrival of Hughes, energetic and optimistic, at the Javitz Center in New York City early on the evening of the 2016 presidential election, hours before results have been reported. She is there to attend what she (and many others) assumed would be the victory party for candidate Hillary Clinton. About a minute into the video, everything changes, and we find Hughes digesting the news of Clinton’s loss. Hughes tells us that "no one thought she was not going to win, so it started out with a very exciting evening and ... like ... full of hope" but then the mood "just like crept down, until forever." In the remainder of the video, Hughes covers a wide range of topics, including her perspective on the defeat of Clinton and election of President Trump.

Defendant Carl Benjamin is a British YouTuber who uses the online sobriquet "Sargon of Akkad" and is described on Wikipedia as "an anti-feminist and member of the Eurosceptic right-wing UK Independence Party." The complaint alleges that the vidoes that Benjamin posts on YouTube include "anti-ideological and anti-identitarian" content that critiques "the left, racism, feminism, Black lives Matter, and Islam." The day after Hughes posted We Thought She Would Win, Benjamin posted his own video, a compilation, approximately two minutes in length, consisting entirely of six clips from We Thought She Would Win. Benjamin titled his video SJW Levels of Awareness.  "SJW" is an acronym that stands for "Social Justice Warrior" which, according to the complaint, is used frequently by Benjamin to "belittle proponents of perceived liberal social policies and stances."

Benjamin’s video begins with abbreviated scenes of Hughes’s pre-election optimism and post-election disappointment. He then knits together four clips in which Hughes expresses her opinion about the election results and the fate of our country. Here’s a flavor:

SJW Level of Awareness ends with Hughes’s expression of gratitude that she lives in New York City "with like-minded people" who are "disgusted" and are "not going to take it."

When Hughes discovered Benjamin’s video, she sent a DMCA take down notice to YouTube. After the video was removed, Benjamin sent a counter notice claiming both that this video was transformative and that he had a good faith belief that the video had been removed due to "a mistake or misidentification," After YouTube restored the video, Hughes sued for copyright infringement in the Southern District of New York. Benjamin moved to dismiss the claim under Rule 12(b)(6).

The main issue in this case was whether Benjamin’s construction of a video made up entirely of edited clips from Hughes’s video was protected under the fair use doctrine. Judge Richard Sullivan concluded that it was and dismissed the case.

Here’s a rundown of the court’s analysis of the statutory factors: 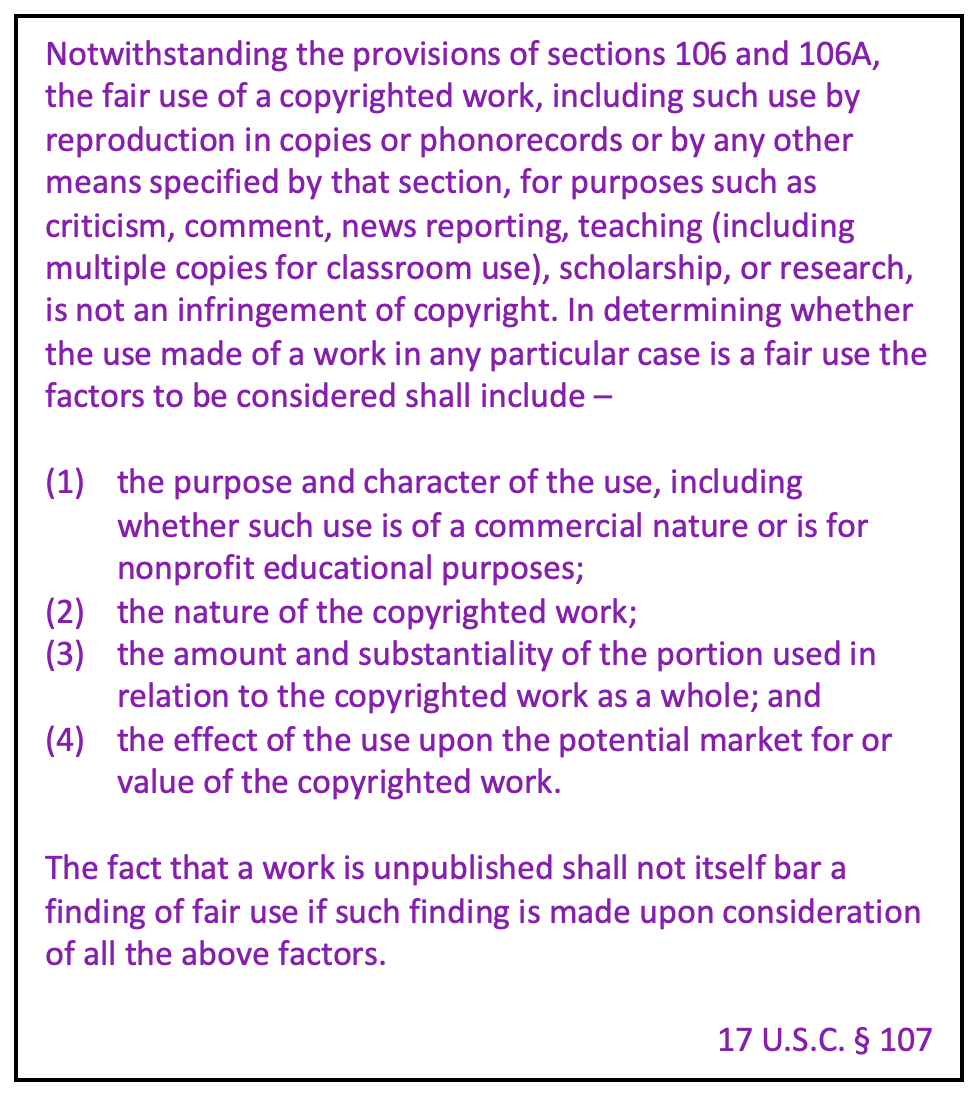 1. Purpose and Nature of the Use.  The district court found that the first factor decisively favored Benjamin because it was "clear" that he had copied Hughes’s film "for the transformative purposes of criticism and commentary." The commentary begins with the pejorative title of the work: SJW Levels of Awareness. According to the court, the term Social Justice Warrior had "sufficiently entered the modern lexicon" as a derogatory term meaning a person who "expresses or promotes socially progressive views," and the sarcastic combination of "SJW" with "levels of awareness" conveys Benjamin’s POV that Hughes demonstrates "a lack of awareness concerning social or political matters." In addition, the court found that the critical nature of Benjamin’s video would be "apparent from the broader context of" his YouTube channel, where visitors will find other content critical of liberal ideas and politics. "Thus, whether SJW Levels of Awareness is accessed by searching for "SJW"-related content on YouTube or by going directly to Benjamin’s YouTube channel ..., a reasonable observer who came across the video would quickly grasp its critical purpose." Moreover, Benjamin’s video is not an exact copy of Hughes’s video; instead he left out footage "that did not support his message" and selected and stitched together clips "to depict the specific moments he felt exemplified Hughes’s political identity and lack of awareness" and to "maximize his criticism of Hughes’s liberal viewpoint." (The court calls this "selective copying.")  Finally, the court put little stock in the fact that Benjamin may have derived profits (literally) from ad revenues from SJW Levels of Awareness, or may have "profited" (figuratively) from increased traffic to this site. To the court, these commercial aspects "pale in significance" to the transformative nature of Benjamin’s use of Hughes’s footage.

This is the most interesting - and important - part of the decision. Those among us who are inclined to agree with Hughes’s perspective (myself included), can understand her disgust when she discovered her footage (and her name and likeness) featured on Benjamin’s YouTube channel. Our empathy may incline us to view Benjamin’s video as a mere a "cut down" - an unauthorized derivative work - in which Benjamin did nothing more than steal from Hughes "to get attention or to avoid the drudgery in working up something fresh" (as Justice Souter put it).  But ... let’s challenge ourselves with two thought experiments.

First, would we feel the same way if, instead, Hughes had created a video in which she strung together a series of outrageous comments made by Benjamin (or, instead, by your favorite Fox commentator) and labeled it "Sexist Rants by an Unwoke Monster"? Would the inherent commentary be more obvious to us in that case?

Second, what if Benjamin had added a title card at the beginning of the video that said "Watch this intolerant liberal talk down to us deplorables"? Alternatively, what if Benjamin had added audio commentary to his video in which he dissected and critiqued Hughes? Had he done so, most would conclude, with little difficulty, that Benjamin’s video was protected by fair use. Hasn’t Hughes done precisely the same thing here, but with more subtlety? Through "selective copying," he distilled the essence of Hughes’s argument to the bits he found most disagreeable. He allowed Hughes’s own words, concentrated by redaction, to illustrate the way he believes some liberals view conservatives with whom they disagree..To anyone inclined to Benjamin’s POV, the commentary in SJW Levels of Awareness would be manifest. And this process of redaction may just cause some of us to see something we hadn’t seen before in Hughes’s exposition - which is the very definition of a transformative use.

2. The Nature of the Copyrighted Work.  The second factor requires the court to evaluate how close Hughes’s work is to the "core of intended copyright protection." Here, the court noted that her video included both creative and expressive content (which is closer to the "core") and factual and informational content (which is further away). As many courts have noted, the second factor has "limited usefulness where the creative work of art is being used for a transformative purpose."  Here, the court found that the transformative nature of SJW Levels of Awareness meant that the "second fair use factor has little impact here."

An observation (mine, not the court’s). Without a doubt, Hughes’s video includes some creative elements - especially in the beginning where she is tooling around the Javitz center. However, in the majority of the video, Hughes is sitting in what appears to be her apartment talking directly to camera. It is her words and her manner of expressing herself that predominates. In 2020, video often is the chosen medium for expressing facts and information. It is a substitute for text, paper and parchment - the media of yore. Although it wouldn’t have affected the outcome of the case, I think the court could have done a more extensive analysis of the nature of Hughes’s video - and of the portions selected by Benjamin - and concluded that the second factor favored Benjamin because the factual and informational nature of the content appropriated by Benjamin predominated over any creative elements. Famously, in cases involving transformative uses of creative works, the second factor is considered to be a "non-factor" that rarely carries much weight. Perhaps in this age of widespread creation and sharing of videos, GIFs and memes that serve informational and communicative purposes, the second factor will become more of a player in fair use analysis.

3. The Amount and Substantiality fo the Portion Used.  The third factor also weighed in favor of Benjamin. Quantitatively, 20% of Hughes’s work found its way into Benjamin’s - an amount that courts, in other cases, have found to be unreasonable. And qualitatively, the portions taken were important to her own video.  Nevertheless, the court found that Benjamin had been selective in what he took, and the portions he used were "linked to the critical purpose of" his film. The court concluded that the Benjamin had copied an amount that was "reasonably necessary for him to convey his critical message."

4. Effect on the Market.  The fourth factor also favored Benjamin. Simply put, "there is no danger that SJW Levels of Awareness will usurp the market of progressive commentaries such as We Thought She Would Win, including because the two videos have different target audiences - Hughes (liberals) and Benjamin (conservatives).

Finally, the court also dismissed Hughes’s claim that Benjamin had knowingly and materially misrepresented in his DMCA counter notification that SJW Levels of Awareness was protected under fair use.  No surprise here in light of the court’s ruling. 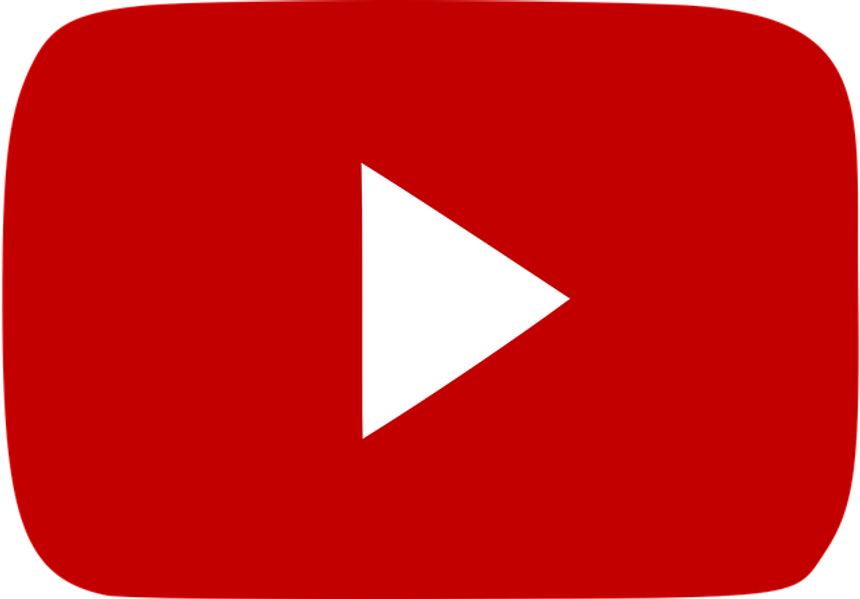