The Hallmark Channel came under fire over the last several days after it decided to pull several commercials for Zola, the wedding planning website, because the commercials showed brides kissing.  After a weekend of being called out by celebrities, politicians, and a trending #boycotthallmark hashstag, Hallmark reversed course and apologized, admitting that it made the wrong decision.

The President of Hallmark Cards, Mike Perry, said in a statement, “We are truly sorry for the hurt and disappointment this has caused.”  In response, Zola’s Chief Marketing Officer Mike Chi said, “We were deeply troubled when Hallmark rejected our commercials featuring a lesbian couple celebrating their marriage, and are relieved to see that decision was reversed.”

Originally, Hallmark said that it had rejected the commercials because it does not accept commercials with “controversial” content.  The commercials had gotten the attention of the American Family Association, which started a petition asking Hallmark to “Please reconsider airing commercials with same-sex couples, and please do not add LGBT movies to the Hallmark Channel.  Such content goes against Christian and conservative values that are important to your primary audience.  You will lose viewers if you cave to the LBGT agenda.”

Hallmark’s decision to pull the commercial ultimately proved to be even more controversial.  Mayor Pete Buttigieg Tweeted, “Families are built on love – no matter what they look like.  Being ‘family friendly’ means honoring love, not censoring difference.”  Ellen DeGeneres Tweeted, “Isn’t it almost 2020?”

“We are humbled by everyone who showed support not only for Zola, but for all the L.G.B.T.Q. couples and families who express their love on their wedding day, and every day” -- Mike Chi, CMO, Zola 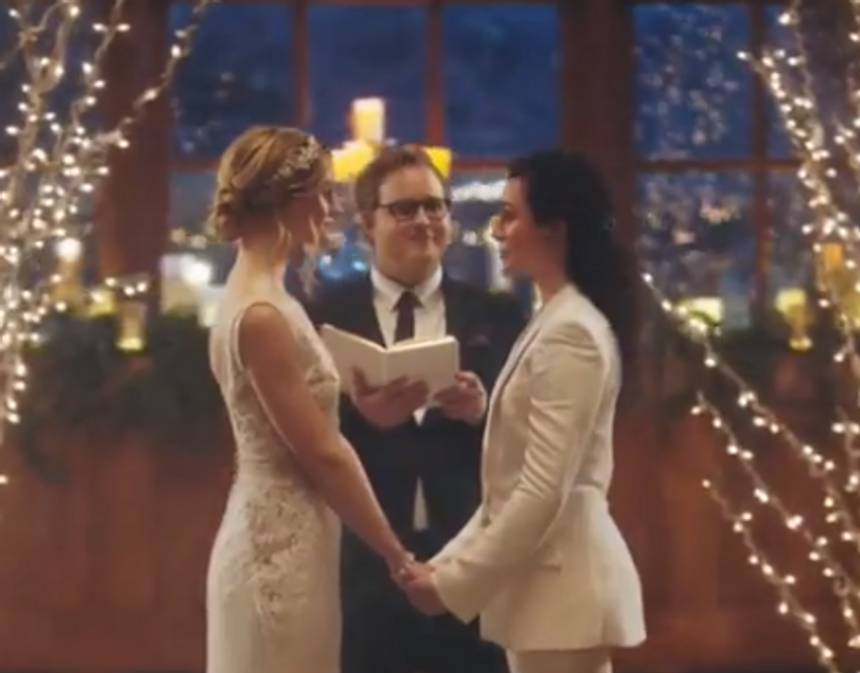