Yesterday, Facebook announced that it was taking additional steps to prevent the social media platform from being used to interfere with next year's elections in the United States.  Notwithstanding recent criticism by Elizabeth Warren and others, these measures do not include any fact-checking of advertising by political candidates.  In a recent speech, Mark Zuckerberg said, "we’ve found a different strategy works best: focusing on the authenticity of the speaker rather than the content itself."

Facebook also reported that it removed four separate networks of accounts, Pages, and Groups for engaging in coordinated inauthentic behavior on Facebook and Instagram.  Three of the accounts originated in Iran and one was from Russia, and were focused on the United States and some French-speaking audiences in North Africa.  Facebook said that, "The Page admins and account owners typically posted about local political news and geopolitics including topics like public figures in the US, politics in the US and Israel, support of Palestine and conflict in Yemen."  Facebook also said that it removed a number of other accounts posting content (such as the post pictured below) that was focused on Latin America and the United States.

In addition to its ongoing efforts to remove coordinated inauthentic behavior, Facebook announced that it is instituting Facebook Protect, a program which provides additional security for the Facebook accounts of elected officials and candidates.

Facebook is also adding information about who is behind pages on Facebook, including a new “Organizations That Manage This Page” tab that will feature the Page’s “Confirmed Page Owner,” including the organization’s legal name and verified city, phone number or website.  This feature will initially appear only on certain pages.  In addition, Facebook said that, "If we find a Page is concealing its ownership in order to mislead people, we will require it to successfully complete the verification process and show more information in order for the Page to stay up."

Facebook will also start labeling media outlets that are wholly or partially under the editorial control of their government as state-controlled media. This label will be on both their page and in Facebook's Ad Library.  Facebook said, "We will hold these Pages to a higher standard of transparency because they combine the opinion-making influence of a media organization with the strategic backing of a state."

In addition to these transparency measures, Facebook is also updating various Ad Library features to provide more information about political advertisements that run on Facebook, including information about ad spending and where the ad ran.

Facebook is also instituting various measures to prevent the spread of misinformation.  For example, Instagram and Facebook content that has been rated false or partly false by a third-party fact-checker will start to be more prominently labeled as "False Information."  The labels will be shown on top of false and partly false photos and videos and will link to the assessment from the fact-checker.

Finally, Facebook said that that it updated its policies to help further prevent voter suppression and intimidation, including prohibiting false information about how to vote and voter qualifications as well as threats of violence related to voting. 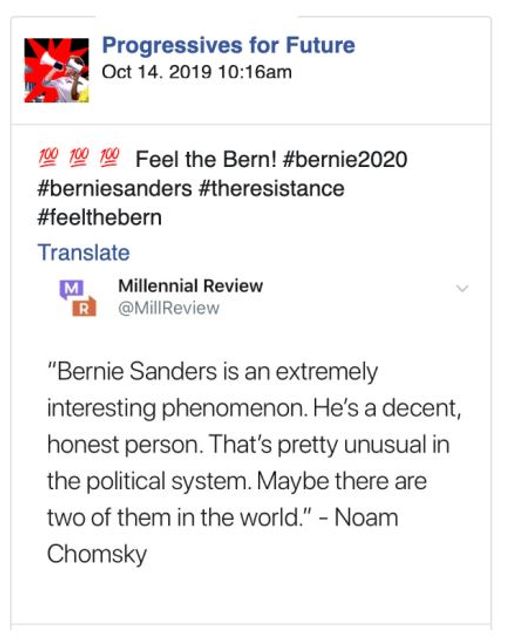