Clif Bar sells a "White Chocolate Macadamia Nut" bar that apparently doesn't have any white chocolate in it.  Is that misleading?  At least according to the United States District Court for the Northern District of California, it's not.  Here's why.

The packaging for Clif Bar's "White Chocolate Macadamia Nut" bar features the familar rock climbing scene, along with the statements "nutrition for sustained energy," "made with organic rolled oats," and "natural flavors."  The plaintiff sued under New York and California law, alleging that that she was misled into buying the bar because she thought it had white chocolate in it, when in fact, it did not.

Clif Bar moved to dismiss, and the court granted the motion.  The court pointed to the fact that the ingredient list on the packaging didn't list "white chocolate" as an ingredient.  The court also heavily relied on the fact that the phrase "natural flavors" -- which appears directly under "white chocolate macadamia nut" -- "may serve to show the characterizing taste of white chocolate and macadamia nut is from flavor rather than the real ingredient."  Because of those factors, the court held that no reasonable consumer would be misled.

The fact that Clif Bar clearly indicated that "white chocolate" was a flavor, as opposed to an ingredient, certainly tipped the scales here.  It's also worth noting that there were no photos or illustrations of white chocolate on the packaging.  If the packaging had featured that rock climber scaling a big piece of white chocolate, or even hacking pieces off, Clif Bar might have faced a bigger hurdle here. 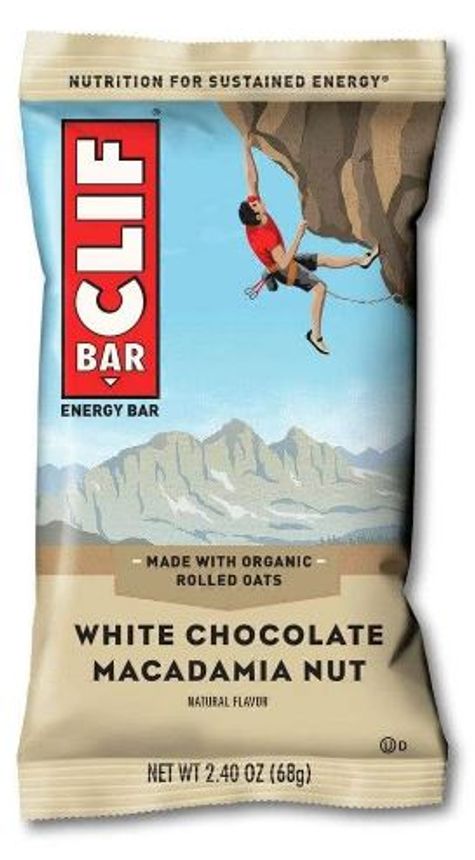