With the rise in children using flavored e-cigarettes, and reports of deaths and illnesses linked to vaping, the U.S. Food and Drug Administration (FDA) has announced plans to finalize a policy in the coming weeks which would enable the agency to take many non-tobacco flavored e-cigarettes off the market. This announcement comes in the wake of preliminary numbers from the National Youth Tobacco Survey demonstrating that youth vaping is on the rise, with more than one quarter of high school students stating that they are current e-cigarette users in 2019, and with the majority of these users citing the use of fruit and menthol or mint flavors.

According to the U.S. Centers for Disease Control and Prevention (CDC), more than 450 cases of respiratory conditions associated with vaping have been reported, along with multiple deaths. Many of these patients were previously young and healthy adults. CNN reported that a sixth person has died in the United States from lung disease related to vaping. Although the link has not been firmly established, some health officials have connected the cases to inhaling vapor in combination with THC, the key psychoactive ingredient in cannabis. The CDC noted that the respiratory cases are appearing most frequently in people who use vaping products containing THC, and New York State officials have pointed to vitamin E acetate in vaping products as the main culprit. While typically thought to be a harmless nutritional supplement, vitamin E acetate can apparently carry risks when inhaled.

All electronic nicotine delivery system (ENDS) products were expected to file premarket tobacco product applications with the FDA within two years of the corresponding rule that took effect on August 8, 2016.  The new policy will outline enforcement policy addressing non-tobacco flavored e-cigarette products which lack premarket authorization. To date, the FDA has issued more than 8,600 warning letters and more than 1,000 civil money penalties to retailers for sales of ENDS to minors. Most recently, on September 9, 2019, the FDA issued a warning letter to JUUL Labs Inc. for marketing unauthorized modified-risk tobacco products by engaging in labeling, advertising, and/or other activities directed to consumers, including a presentation given to high school students.

Under the policy changes previewed by Health and Human Services Secretary Alex Azar, flavored vaping products (with the exception of tobacco-flavored product) would be removed from the market within 30 days and would be required to apply for approval from the FDA to resume sales. The new approval process would entail demonstrating that the benefits of the product outweigh the risks, including the potential for minors to become users of the product. Marketers should take note that the FDA shows no signs of ending its crackdown on vaping, especially as it relates to youth. This is apparent from a statement by Azar in which he said, "If we find that children start surging into tobacco-flavored e-cigarettes or if we find marketing practices that target children, we'll engage in enforcement actions there also."

We will continue to keep you updated in the latest news concerning the regulation of vaping and e-cigarette marketing practices.

"Once finalized, this compliance policy will serve as a powerful tool that the FDA can use to combat the troubling trend of youth e-cigarette use. We must act swiftly against flavored e-cigarette products that are especially attractive to children." - Acting FDA Commissioner Ned Sharpless, M.D. 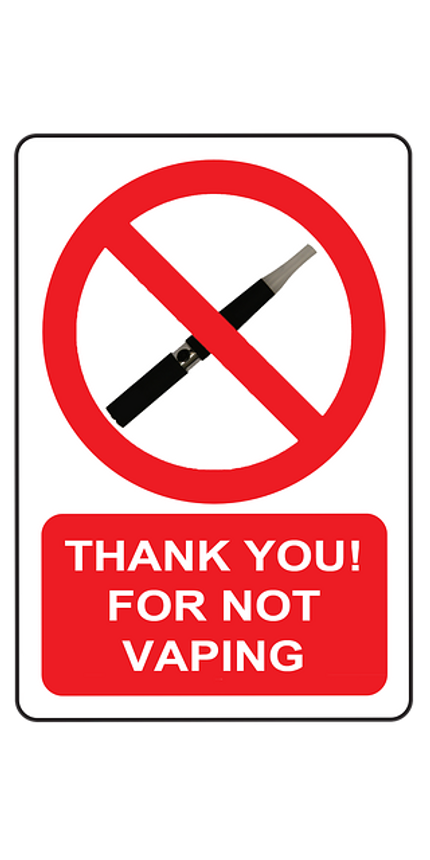