Today, Governor Andrew M. Cuomo signed into law new legislation that prohibits boats from operating in the navigable waters of New York state, including the Hudson and East Rivers, while operating a digital billboard or a billboard that uses flashing, intermittent, or moving lights.   The bill was sponsored by New York State Senator Brad Hoylman and New York State Assembly Member Richard Gottfried.

The bill defines "digital billboard" as an "advertising sign that displays digital images using light-emitting diode technology oro any such similar technology, unless exclusively used to identify the vessel."

A violation of the new law, which takes effect immediately, constitutes a misdemeanor and shall also be subject to civil penalties of $1,000 for the first violation and $5,000 for all subsequent violations.

In a statement, Senator Hoylman said, "Billboards belong in Times Square, not in the middle of the Hudson and East Rivers. These floating billboards are a dangerous distraction to drivers, boaters, and pedestrians, not to mention an eyesore. New Yorkers deserve to have a respite on our waterfront from the barrage of modern life. I am grateful to Governor Cuomo, Senate Majority Leader Andrea Stewart-Cousins, and Assembly Member Richard Gottfried for their partnership in enacting these common-sense restrictions into law."

In April, we reported that New York City sued Ballyhoo Media for displaying billboards on a barge that travels along the Manattan and Brooklyn Waterfronts.  The City argued that the billboards violated New York City zoning laws.

"Billboards belong in Times Square, not in the middle of the Hudson and East Rivers. These floating billboards are a dangerous distraction to drivers, boaters, and pedestrians, not to mention an eyesore" -- New York State Senator Brad Hoylman 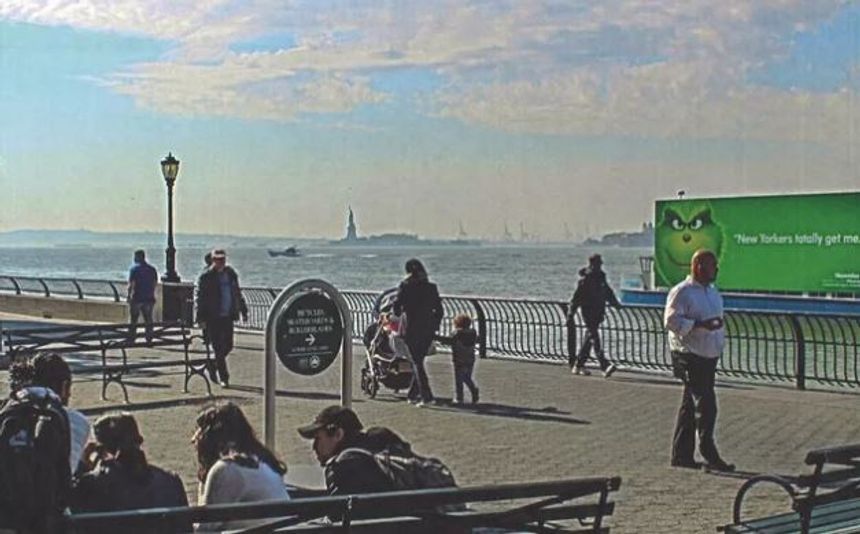