Representative Hunter, who served in the Marines from 2002 to 2005, sent out a campaign mailer that used the Marine Corps Eagle, Globe, and Anchor logo and the phrase, "No Better Friend, No Worse Enemy."  Asserting that the logo and the phrase are both registered trademarks, the Marines told the Congressman that they may not be used without permission.

Citing federal law on the unauthorized use of Marine Corps insignia, the Marines told the Congressman that, "No person may, except with the written permission of the Secretary of the Navy, use or imitate the seal, emblem, name, or initials of the United States Marine Corps in connection with any promotion, goods, services, or commercial activity in a manner reasonably tending to suggest that such use is approved, endorsed, or authorized by the Marine Corps or any other component of the Department of Defense."

The Marines also asserted that the use of its trademarks was likely to convey the impression that the Marines favored his candidacy over others or endorses his views.

The Marines said, however, that the Congressman was free to accurately state that he is a Marine Corps veteran and provide other factual information based on his service.  In addition, the Marines said that he may use an approved "Marine Veteran" logo in his marketing materials.

Federal law generally prohibits the use of military insignia in a manner that will create confusion about government endorsement.  As you can see, these aren't just laws on the books.  The Department of Defense does reach out to political candidates and other advertisers when it believes that they have crossed the line.

"the official USMC Emblem is protected by Federal statute and regulation, and may not be used by third parties without permission" 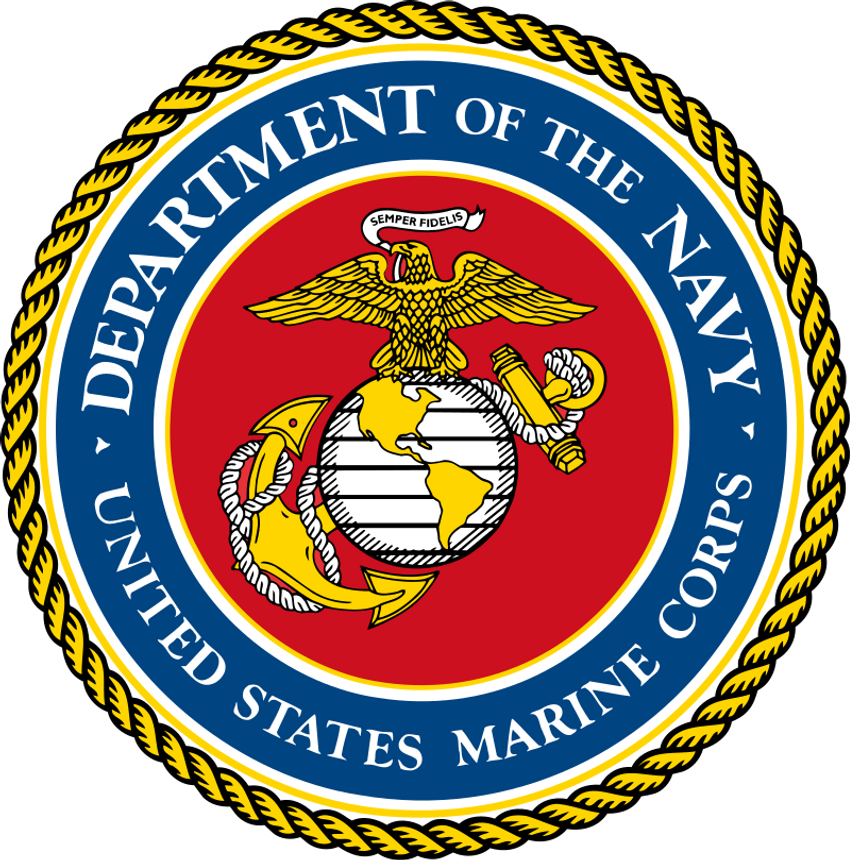