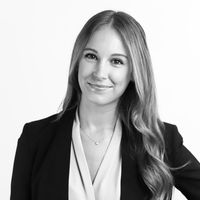 This week, the popular meme account @fuckjerry became the subject of a federal lawsuit alleging copyright infringement, misappropriation, and other claims.

Twitter user Olorunfemi Coker (@iamfemifactor) sued Elliot Tebele, as well as Jerry Media and Jaja Tequila, regarding their alleged unauthorized use of plaintiff's photo.  The photo shows a text exchange between someone who just left a party and a person who is still there.  The joke is that the person who left to go home was apparently so drunk that he or she didn't realize that he or she left his or her own house and was heading to some unknown destination in an Uber.

Coker alleged that defendants posted plaintiff's copyrighted image -- of just a text exchange -- to the @fuckjerry Instagram account (which has over 14 million followers) without obtaining his consent.  The lawsuit alleges claims for copyright, trademark, and right of publicity claims.

Notably, the suit comes after Tebele released a statement in February 2019 announcing a new policy for the content posted to @fuckjerry: "Effective immediately, we will no longer post content when we cannot identify the creator, and will require the original creator’s advanced consent before publishing their content to our followers. It is clear that attribution is no longer sufficient, so permission will become the new policy."

In addition to claims regarding the unauthorized reproduction of plaintiff's meme, since the post appears to be promoting Jaja tequila, Coker also alleges that the defendants violated New York's Civil Rights Law § 51, which provides a cause of action to "[a]ny person whose name, portrait, picture or voice is used within this state for advertising purposes or for the purposes of trade without the written consent first obtained . . . ."

Plaintiff's suit makes clear that while meme culture may continue to raise difficult questions about when content can be borrowed and shared, those choices may not be risk-free.

Lessons in Media Buying for a Post-Covid World
Rayna Lopyan

Keeping up with the Kardashians in “Kuarantine”
Rayna Lopyan
repost  cancel