The Daily News is reporting that the Metropolitan Transportation Authority rejected an ad campaign from Tushy, a bidet company.

Apparently, the company wanted to run ads in the New York City subways showing people sitting on the toilet, along with headlines such as, "Stop wiping your butt, start washing with TUSHY" and "Nothing says I love you like a clean butth*le!"

The Daily News reported that the MTA rejected the ads on the grounds that they "contain profanity or slang terms for the genitals or anus."  The MTA said that running the ads would be "directly adverse to the commercial, administrative or operational interests of the MTA as a business."

Tushy sells a device -- a "modern gift for people who poop" -- that attaches to toilets to provide the bidet functionality.  According to the Tushy website, the product is "the modern bidet that easily clips to your toilet & transforms your health, hygiene and life."

Yes, it's true.  You can't just run anything on the New York City subways.  If you're planning a subway advertising campaign, you should make sure that you're in compliance with the MTA's advertising guidelines.  And, if you're planning something that is particularly controversial, you should make sure that you've gotten the OK from the MTA well in advance. 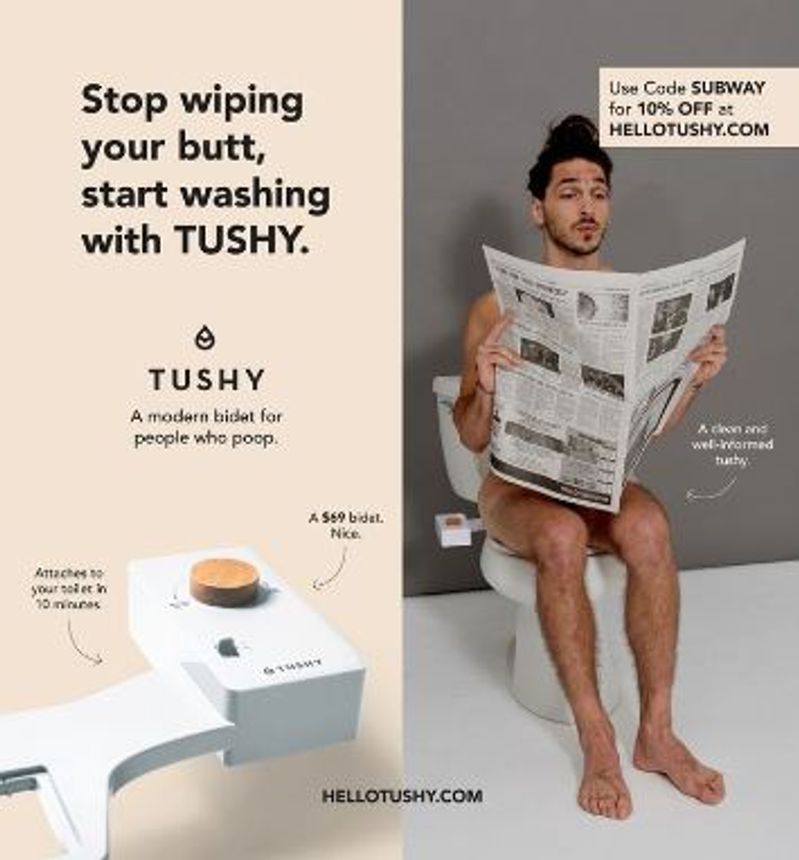